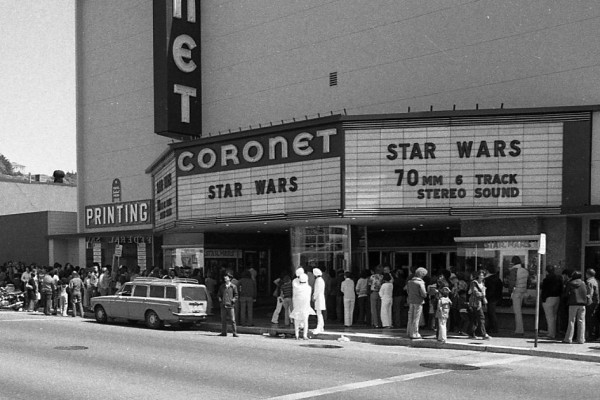 In May 1977, San Francisco’s Coronet Theatre was the only big screen within 50 miles to show Star Wars for the film’s opening. Word spread quickly about the movie and the San Francisco Chronicle sent out a photographer to capture images of the long line that had formed around the outside of the theatre on Saturday May 28, 1977.

Now, the Chronicle‘s pop culture critic Peter Hartlaub has dug up the newspaper’s negatives shot at the Coronet Theatre’s opening weekend, enlarged the images “so people can see faces” and is hoping to find people that recognize themselves in the photos. He is looking to interview people specifically involved with the Star Wars screenings at the Coronet. Specific details about his project and all of the enlarged images can be found at the Chronicle’s blog, The Big Event. 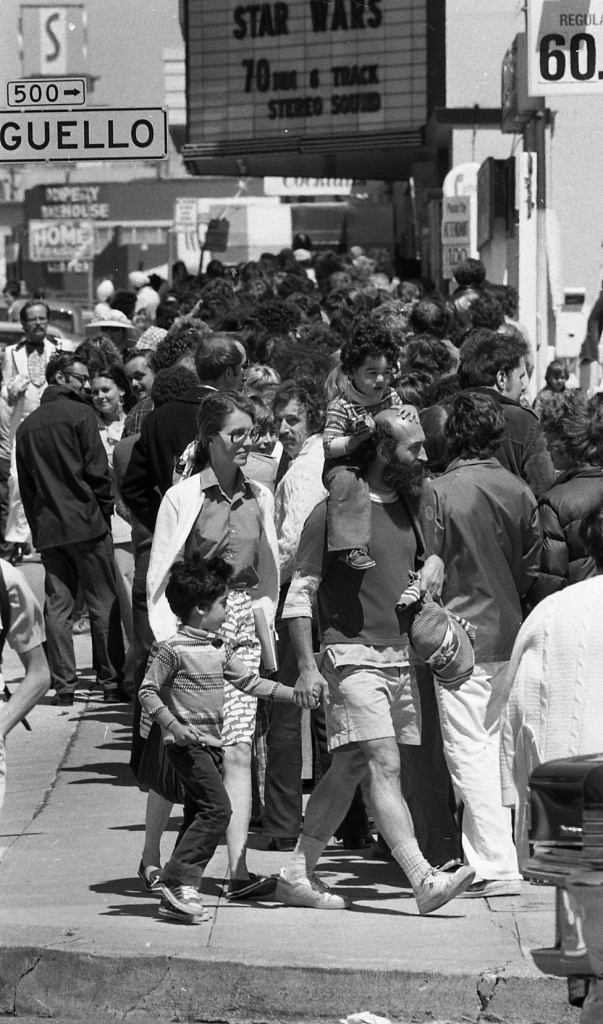 submitted by The Big Event