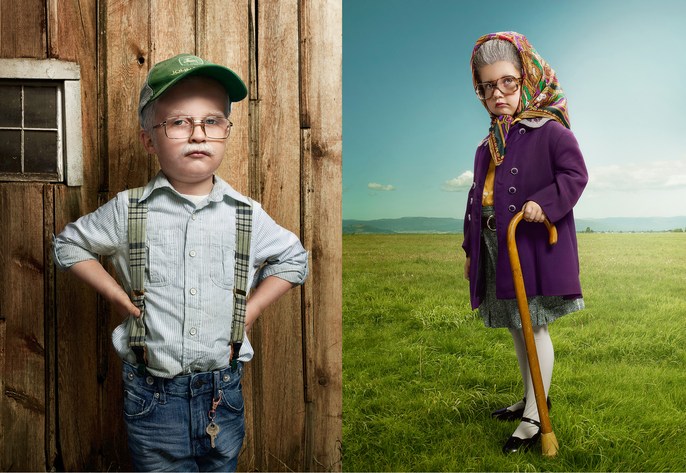 A series of photographs by Zachary Scott depicts toddlers as seniors. Scott and his team used makeup, prosthetics, and photo manipulation to create the effect. The series was done for a New York Times feature on the topic of reverse aging and the connection between the mind and the body. 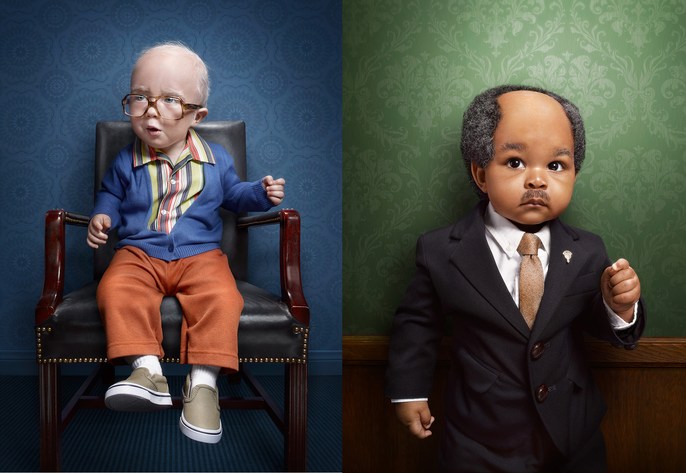 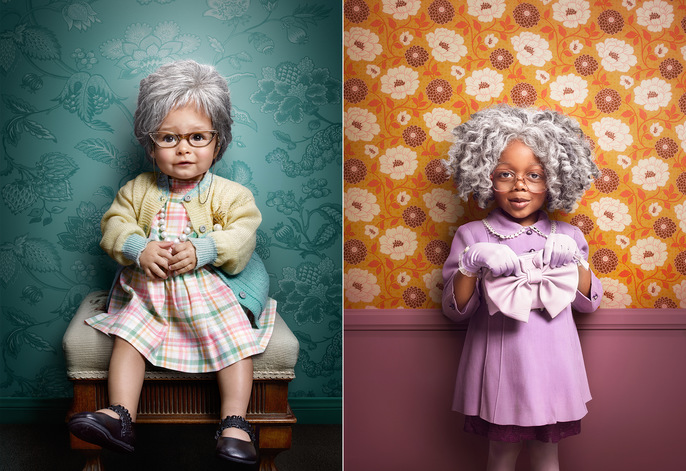