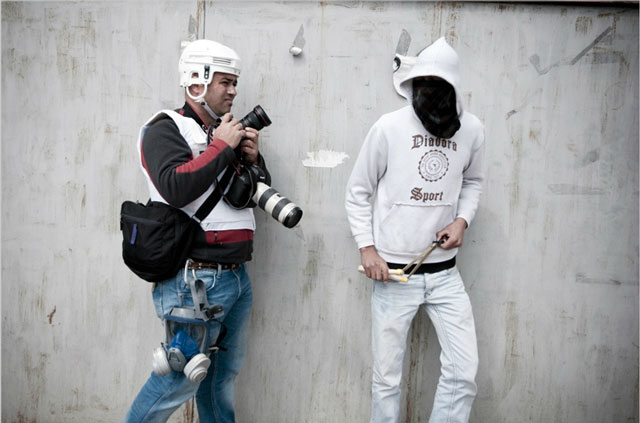 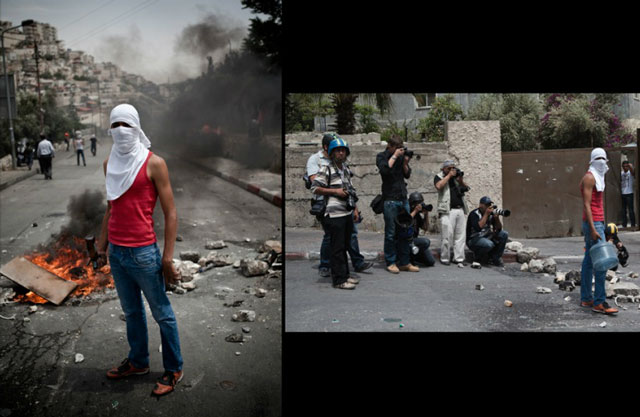 “Photojournalism Behind the Scenes” is a fascinating photoessay about the active role photojournalists sometimes play in the conflicts they document. Photographer Ruben Salvadori began studying the subject after witnessing the close interactions between photographers and rioters in Jerusalem.

For more on the issue see PlanetNext’s post about Salvodori’s photoessay.

This project aims to play with the creation and destruction of “drama” by breaking the taboo of the “invisible photographer”. By including him in the frame, it shows how the image-production process can generate similar photographs that are often over dramatized. In addition, the huge presence of the media turns the conflict into a show in which the photographer has his own role in choosing the dynamics and thus becomes an actor.