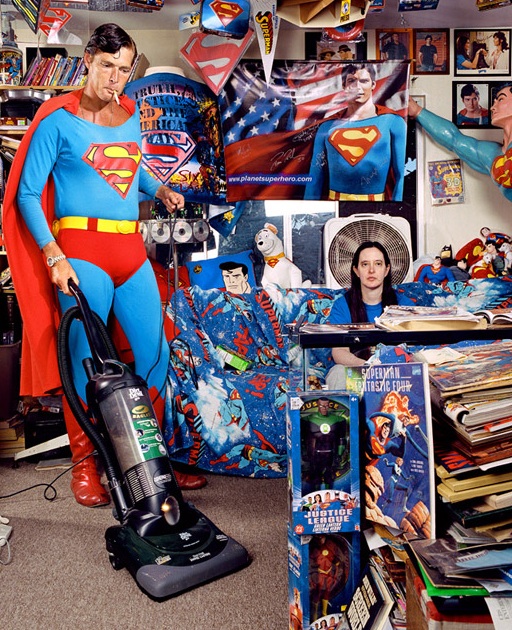 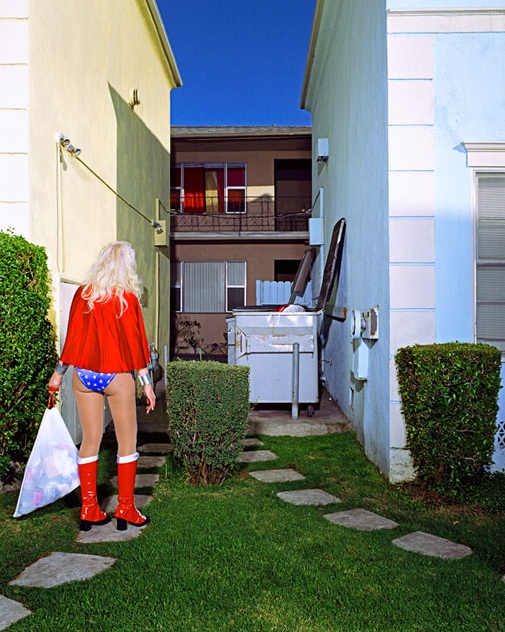 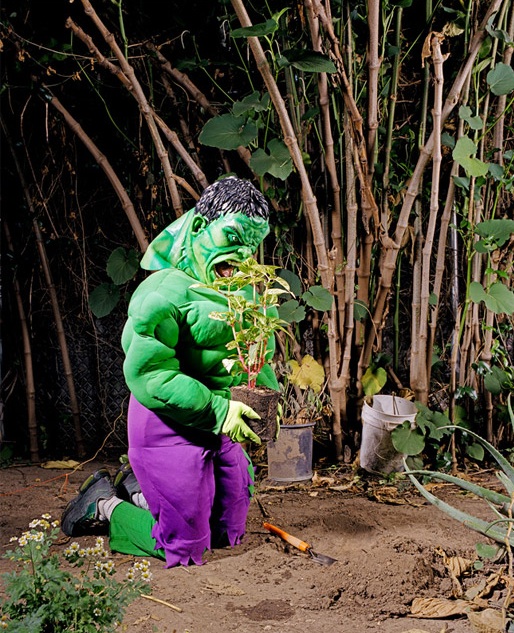 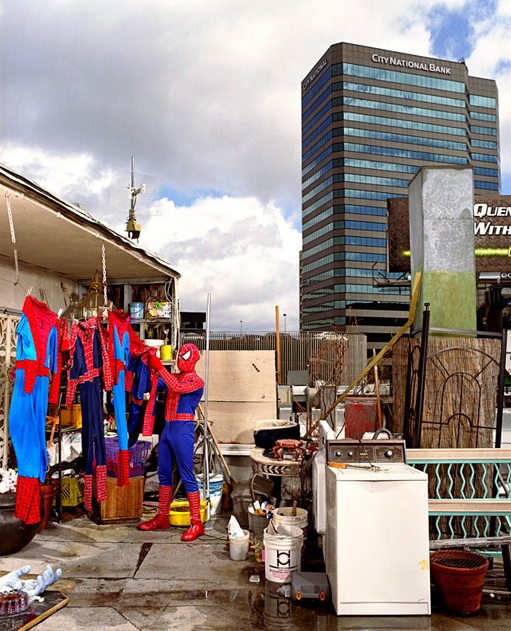 While I photographed Batman, a family pulled over to take his picture. He strode up to them with super hero confidence and the children approached him with awe. He was Batman because he was Batman to them. Then later, in his apartment, when he’d taken off his mask and cape and was reheating leftovers in the microwave, he was merely ordinary. I could see what drew him back to Hollywood Boulevard.