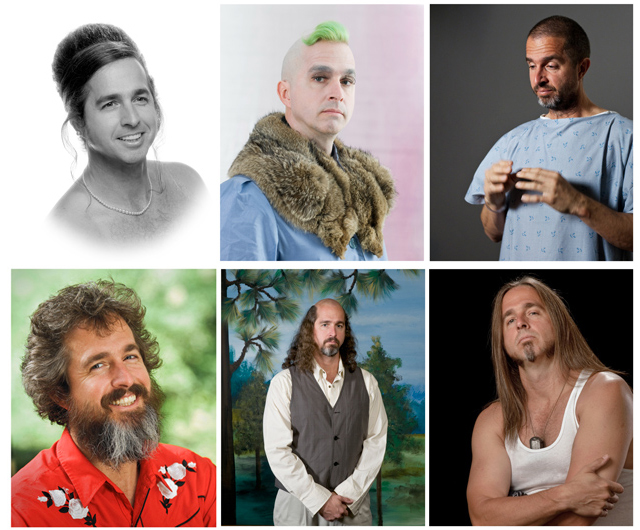 To promote his business, Richmond, Virginia photographer Gordon Stettinius sends out quirky portraits of himself in elaborate costumes and hairdos, each created to make a lasting impression. He has spent five years developing the Mangini Studio series in collaboration with fine art photographer Terry Brown. They get together every few months to shoot a new portrait of Stettinius in which he is shown in a completely different light. From the Beehive (where he has a fifties beehive ‘do), to the Skullet (words cannot politely describe this look), and more, it’s very apparent that he has a wonderful sense of humor. Wired has the full story.

via Wired’s Raw File and PetaPixel