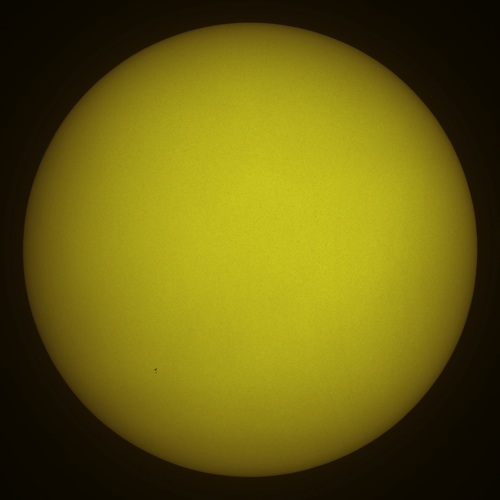 That photo is way more than lovely photo of our big glowing star in the sky. See that little speck in the lower left quadrant? That is the only image ever taken of a Space Shuttle and the Hubble Space Telescope in front of the sun! 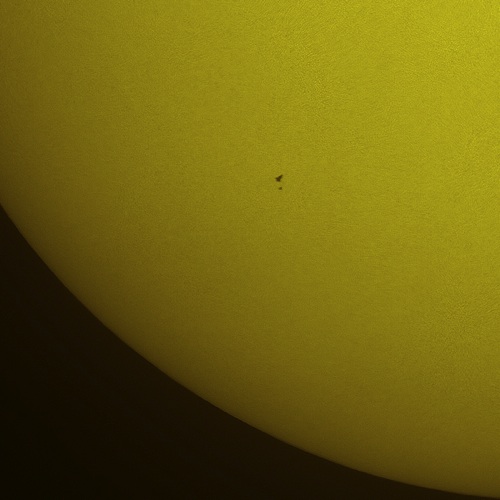 Thierry Legault took this amazing picture in the south of Florida at 12:17pm local time, which was just a few minutes before Atlantis connected with the Hubble for repairs. He used a Canon 5D Mark II with 100 ISO film at an exposure of 1/8000s.

This was not some lucky shot. Thierry has a a pantsload of amazing space photography. Spend some time poking around his site. You will not be disappointed.