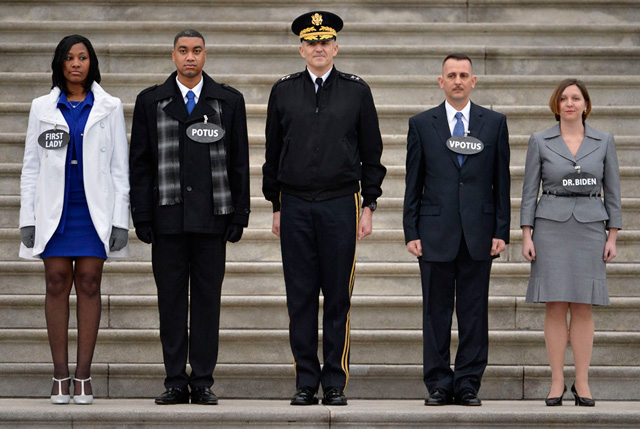 Alan Taylor of In Focus on The Atlantic is compiling images for “The 2nd Inauguration of Barack Obama,” a photo essay on President Obama’s second inauguration coverage and the events surrounding it. It will be updated throughout today. 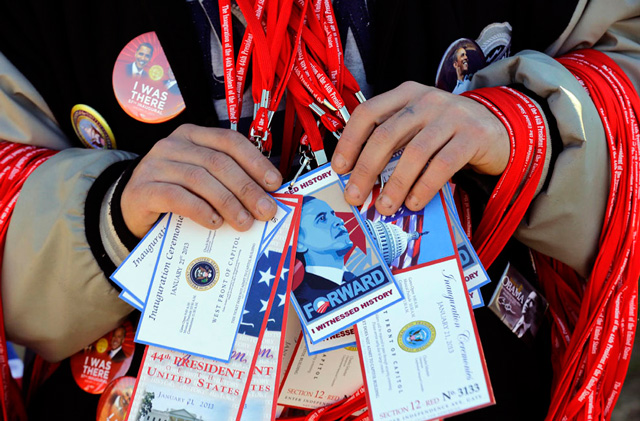 “A vendor holds items for sale on the National Mall with the U.S. Capitol prepared for the ceremonial swearing-in of President Barack Obama…” photo by AP Photo/Alex Brandon via The Atlantic 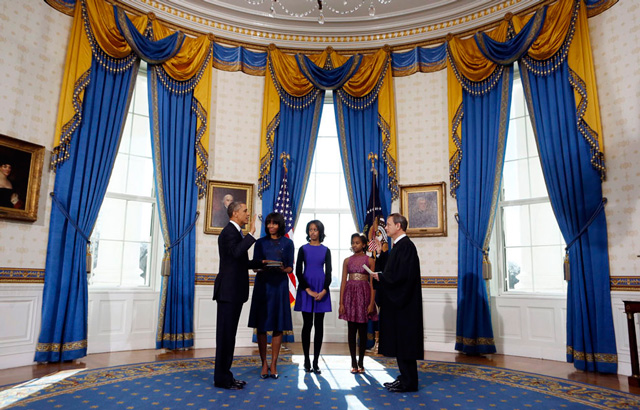 “President Barack Obama is officially sworn-in by Chief Justice John Roberts in the Blue Room of the White House during the 57th Presidential Inauguration in Washington, Sunday, January 20, 2013. Next to Obama are first lady Michelle Obama, holding the Robinson Family Bible, and daughters Malia and Sasha. Obama will be sworn in again on Monday, during the public ceremony.” photo by AP Photo/Larry Downing via The Atlantic