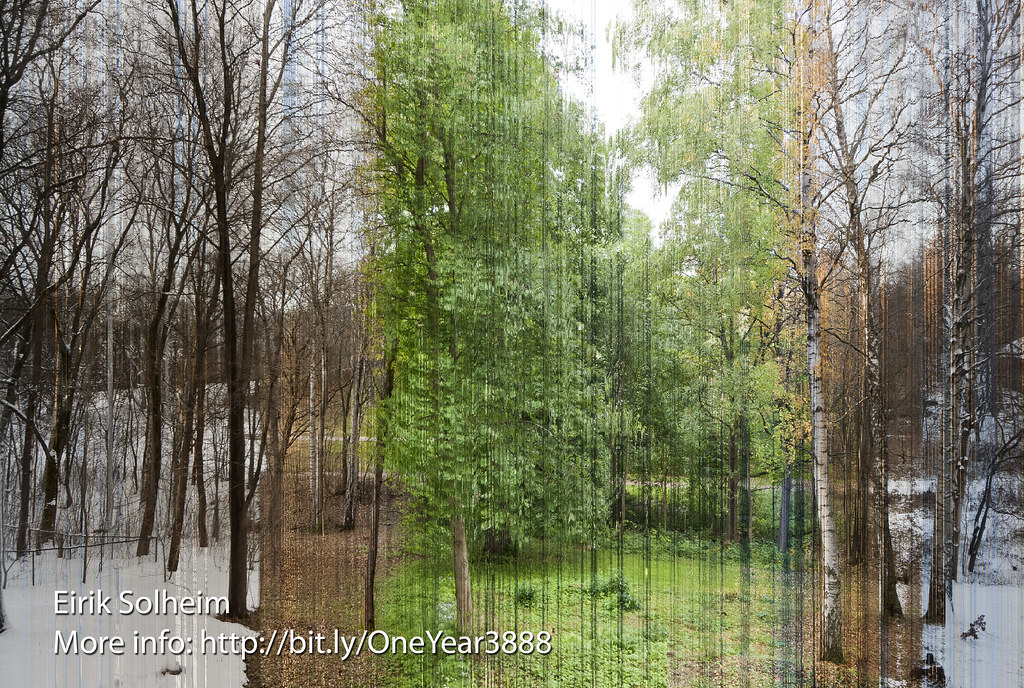 Crowded House might have sung about “Four Seasons In One Day“, but Norwegian photographer Eirik Solheim captured four seasons in one image culled from a year’s worth of photos.

I’ve had an SLR camera in my window at the same spot for one year. Snapping an image every half hour. …It shows one whole year. January to the left and December to the right. You can clearly see that we have a pretty long winter and a decent summer here in Oslo, Norway. The spring and autumn are both quite short. The resolution of the 16,000 images I now have from 2010 is 3888×2592 pixels. So I selected 3888 images snapped during the day.

Eirik has also created a series of incredible videos that show the seasonal transition. The videos range in time from 2 minutes, 90 seconds, all the way down 40 seconds.