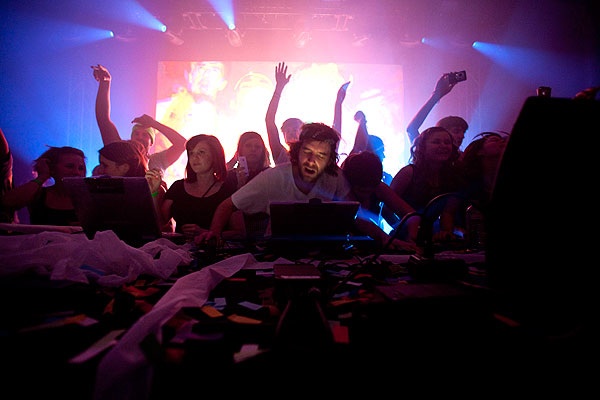 Where did the name Girl Talk come from?

When I first got started years ago other people who were performing using laptops had strange band names like “TR_x5,” and I didn’t want a strange computer name so I came up with Girl Talk. It sounded to me like a Disney music girl-group full of teenagers, not a man playing on a laptop.

Earlier this year Zachary Lazar wrote “The 373-Hit Wonder”, a feature article in The New York Times about Girl Talk.