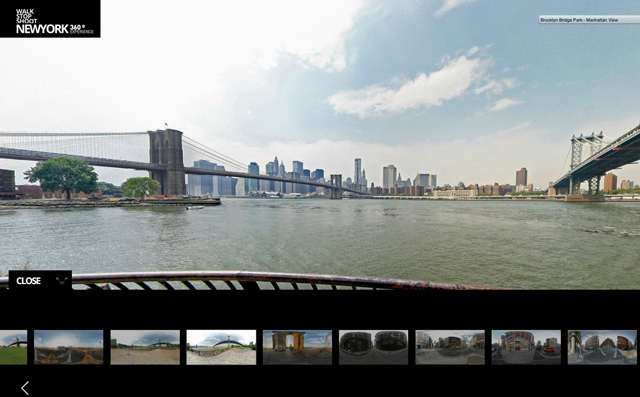 During a trip to New York City in 2010, Portuguese photographer Nuno Madeira painstakingly photographed 360 degree panoramas of dozens of locations around the city with a handheld DSLR and a fisheye lens. After nearly three years of compositing the photos in his free time, Madeira has posted 50 interactive panoramas on his site New York 360.