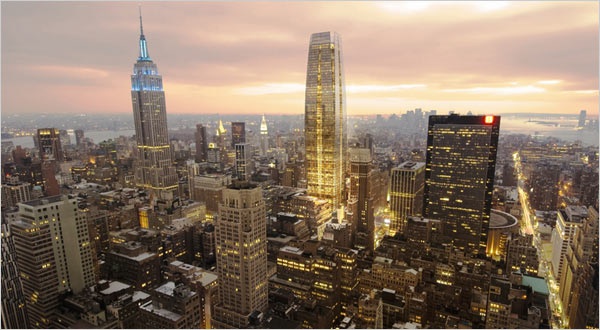 A new 67 story skyscraper is being planned at 15 Penn Plaza near Penn Station in Midtown Manhattan. The high of the proposed tower is just 34 feet less than that of the Empire State Building and only 900 feet away. If built, the new skyscraper would be in direct competition with the Empire State Building (which has stood alone for 79 years), obstructing the view of it in some directions and permanently changing the midtown skyline.

NYC Mayor Bloomberg is in support of the new building, which goes before a City Council vote today.