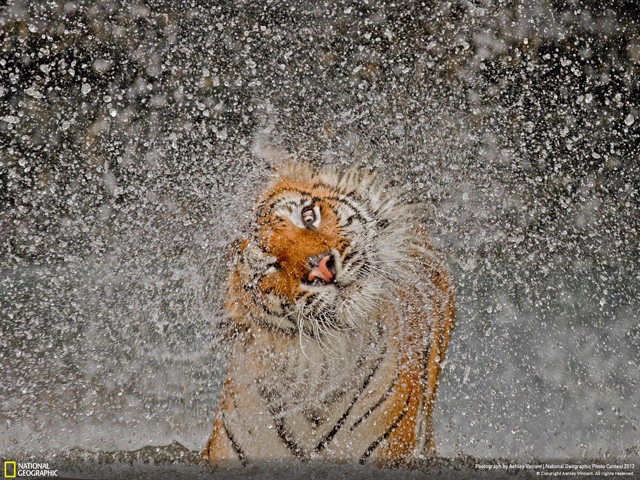 …I had taken many portraits of Busaba previously and it was becoming more and more difficult to come up with an image that appeared any different to the others. Which is why I took to observing her more carefully during my visits in the hope of capturing something of a behavioural shot. The opportunity finally presented itself while watching Busaba enjoying her private pool then shaking herself dry. In all humility I have to say that Mother Nature smiled favourably on me that day! Shot at Khao Kheow Open Zoo, Chonburi, Thailand.

Winners have been announced in the National Geographic Photo Contest 2012, a competition that saw over 22,000 entries from over 150 countries. The grand prize goes to Ashley Vincent who shot a photo of Busaba, a “well cared for Indochinese Tigress” who was shaking herself dry. See all the winning photographs at National Geographic. 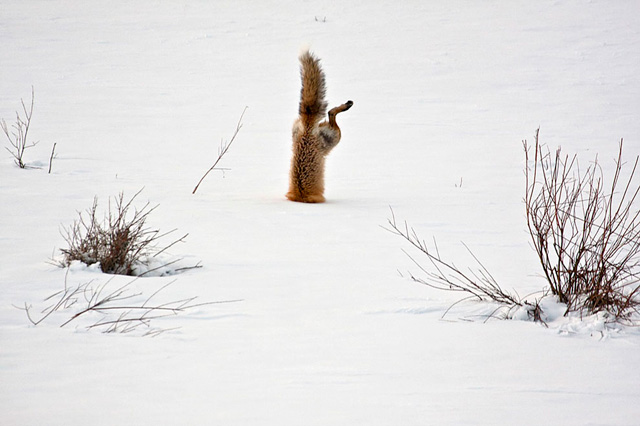 With his exceptional hearing a red fox has targeted a mouse hidden under 2 feet of crusted snow. Springing high in the air he breaks through the crusted spring snow with his nose and his body is completely vertical as he grabs the mouse under the snow. Shot at Squaw Creek, Park Country, Wyoming.