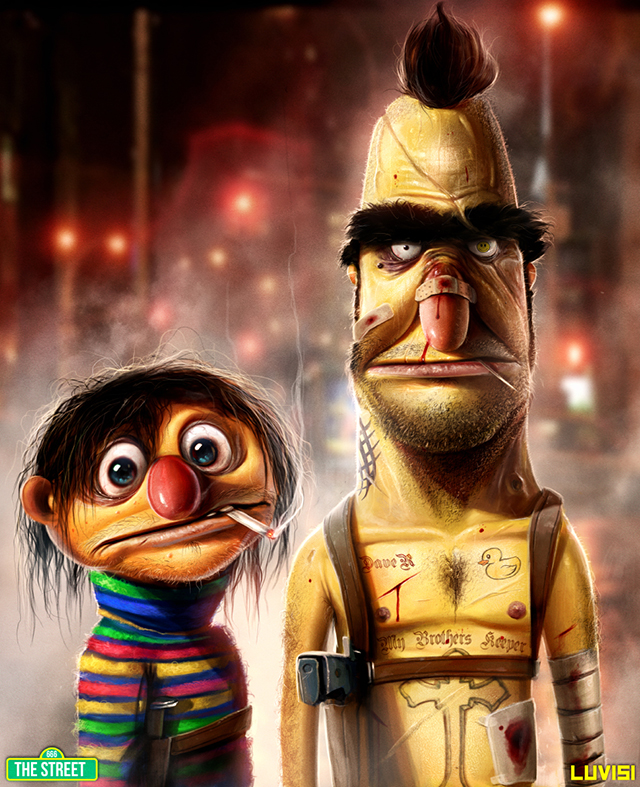 “My Brother’s Keeper” is a new pop culture illustration by California-based digital concept artist Dan LuVisi that reimagines Sesame Street’s muppet characters Bert and Ernie as a couple of ruthless criminals. While watching Dan create this piece on Livestream, I saw him reference both Breaking Bad and the classic 1976 Martin Scorsese film Taxi Driver. You may remember when we previously wrote about Dan and his ongoing series of pop culture illustrations that may ruin your childhood memories.

Well here’s the story. I imagined Bert as a Marine who left his little brother behind for the Vietnam war. Over the years, Ernie started to turn into a junkie without his brother’s guidance, falling into the wrong crowd and dealing/using with the wrong people–thus making some very bad mistakes.

Until Bert returned, leaving one war, only to fight another for his brother.

Oh man, Ernie. What a psycho.