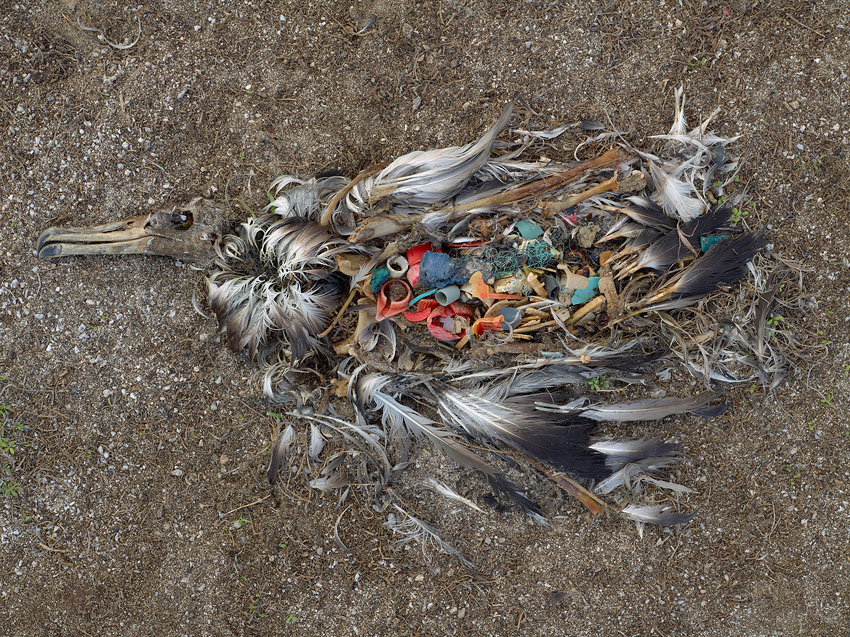 Midway is an upcoming documentary about an ecological tragedy unfolding on Midway Atoll in the Pacific: tens of thousands of baby albatross lay dead and dying, victims of starvation after mistakenly eating plastic trash from the Great Pacific Garbage Patch (trailer). Photographer Chris Jordan began documenting the plight of the albatross back in 2009 with a heartbreaking photo series “Midway: Message from the Gyre.” Jordan subsequently began expanding the project to a feature length documentary, and raised more than $100,000 via a Kickstarter project this summer (donations are still being accepted on the film website). The film is currently in production, and is expected to be released in 2013.

For me, kneeling over their carcasses is like looking into a macabre mirror. These birds reflect back an appallingly emblematic result of the collective trance of our consumerism and runaway industrial growth. Like the albatross, we first-world humans find ourselves lacking the ability to discern anymore what is nourishing from what is toxic to our lives and our spirits. Choked to death on our waste, the mythical albatross calls upon us to recognize that our greatest challenge lies not out there, but in here. 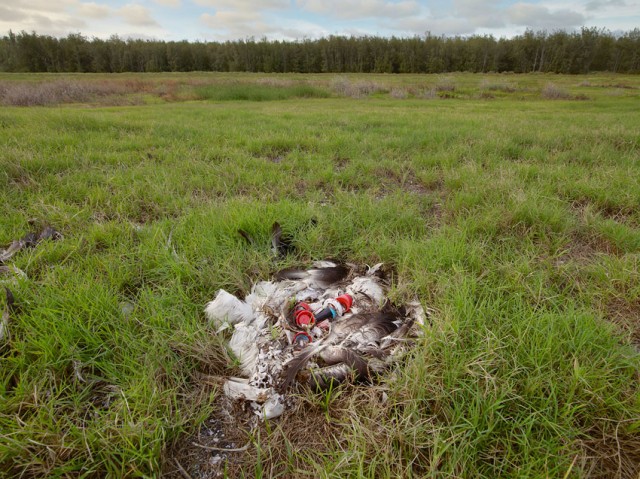