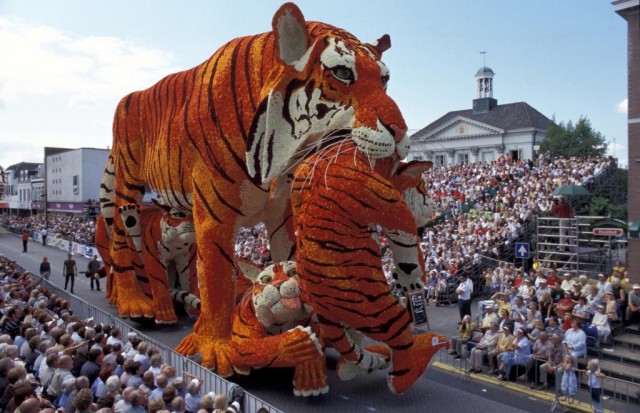 Bloemencorso, or “flower parade,” is an annual tradition in many parts of the Netherlands and Belgium in which sculptures and floats are elaborately covered in flowers and displayed in colorful parades. The small Dutch town of Zundert hosts a particularly large and elaborate parade each September. Twenty volunteer groups work throughout the year growing flowers (dahlias only) and building the floats. On the first Sunday in September, the groups compete in the parade for the title of best float (see this video of the 2012 parade). Some the winners from recent parades are pictured here. For more photos check out this photo set of the 2011 parade. 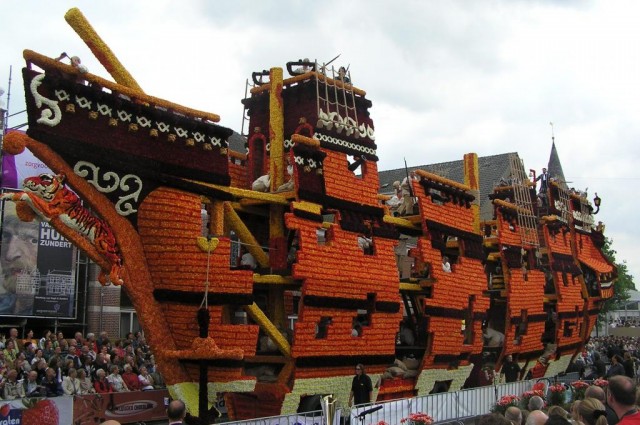 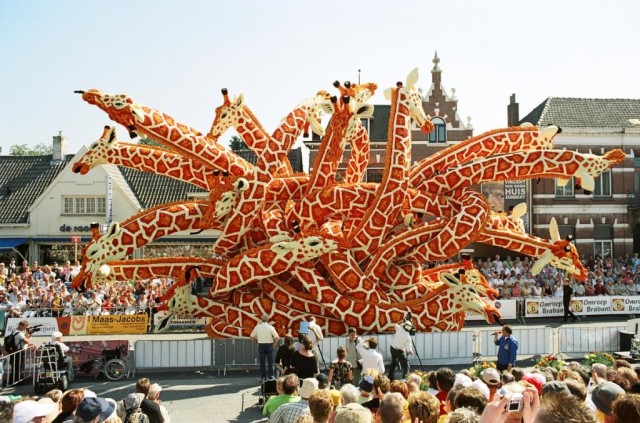 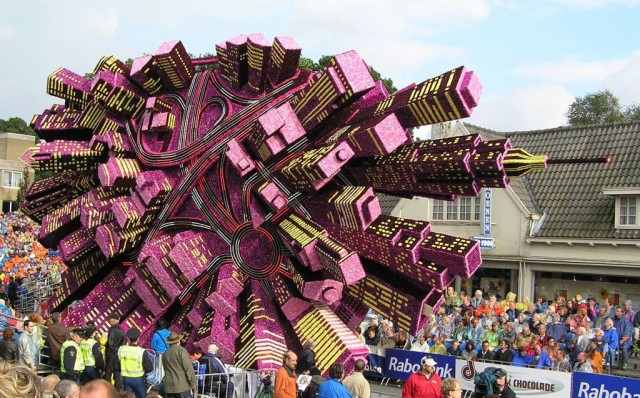 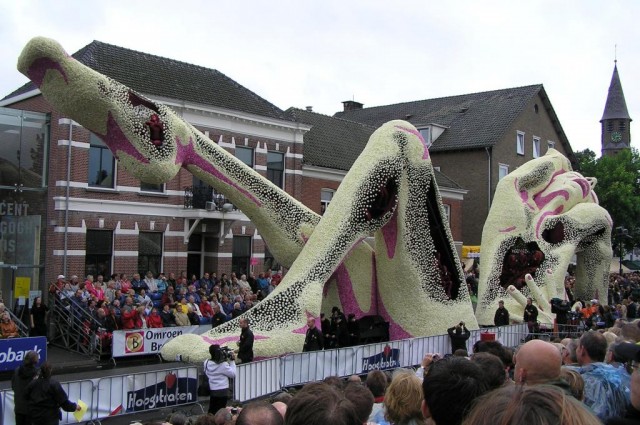 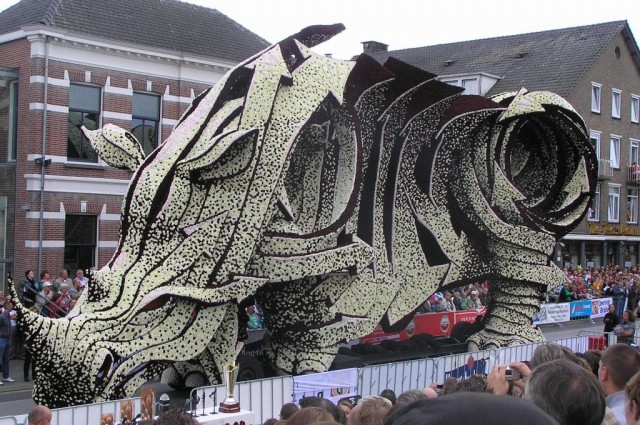