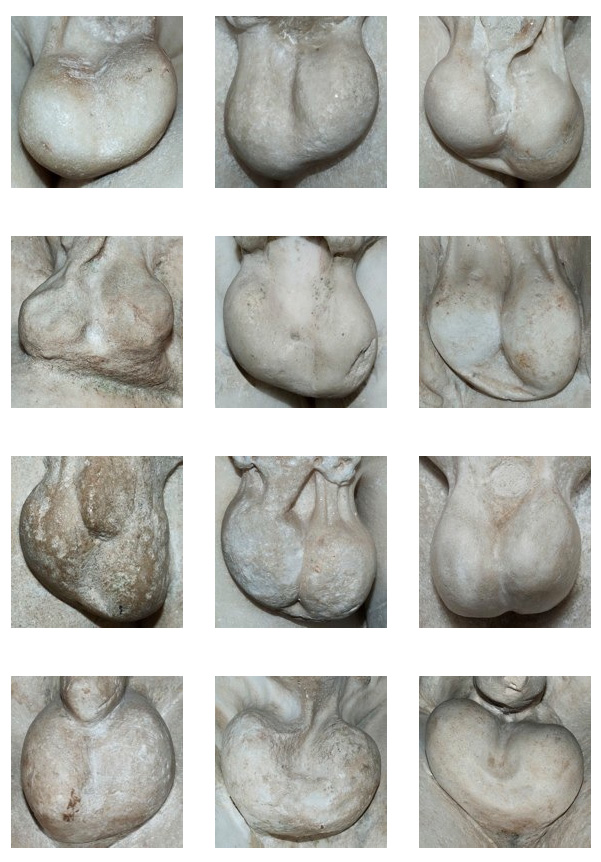 “Marbles” is a 2013 photo series by London-based photographer Ingrid Berthon-Moine that focuses specifically on the testicles of marble Greek statues found throughout Europe. Feature Shoot states the “work explores masculinity in the 21st century, both the representation of it and the idea of ornamental masculinity which until now had been largely ‘reserved’ to the female gender. It also looks at how masculinity has shifted over time, and how men have had to redefine their identity as society changes.”