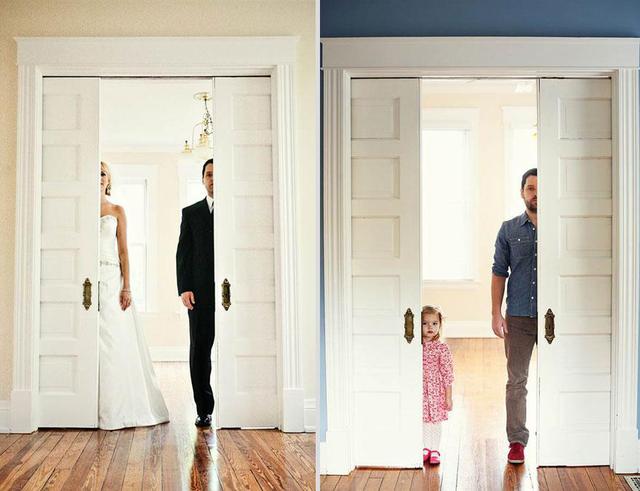 In 2011, Ben Nunery and his daughter Olivia lost their wife and mother Ali to a rare form of lung cancer. Before Ben and Olivia moved in November 2013, Ben decided to honor his wife’s memory by recreating the wedding photos they’d shot in that very house with his now three-year-old daughter. Ali’s sister, photographer Melanie Pace shot the resulting collection of heartwarming and tear-jerking photos. Oh her blog, Melanie discussed the experience:

One of the things that hurts the most, is when I watch Olivia do things that Ali fantasized about before becoming a mom. She would talk about taking her future daughters to ballet and watching them spin till they giggled and fell down. Which is pretty much what happened…

It’s so hard to let go of the anger I constantly face because she’s missing these things. But I know she’s with her still watching and likely whispering in O’s ear, “Olivia, don’t forget to spot! Oliviaaa! You’re going to fall! You’re spinning too fast! Oliiiviaaa!” 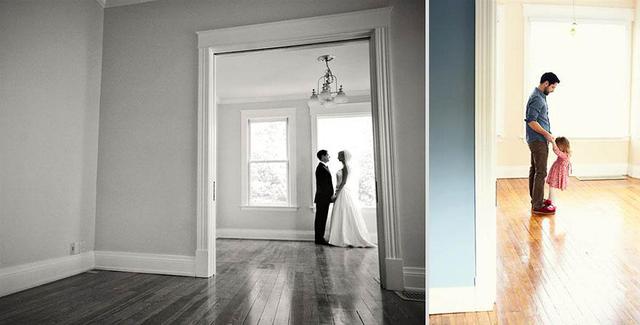