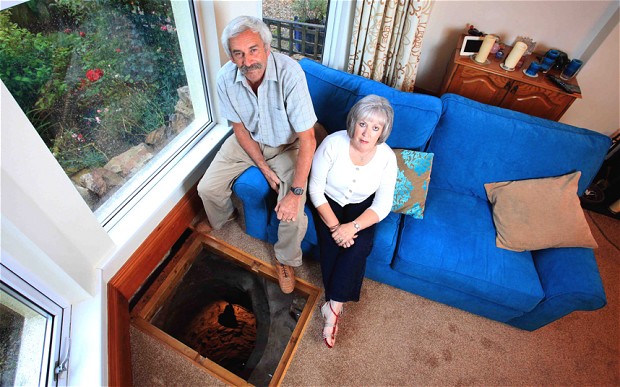 After 25 years in his English home, retired civil servant Colin Steer of Devon was replacing the joints of his floors and finally figured out what was causing his living room floor to sink in after all these years: a 33 foot medieval well.

During the excavation of the well, Steer found a sword hidden in the stone, he is quoted as saying, “It looks like an old peasant’s fighting weapon because it appears to be made up of bits of metal all knocked together…” According to The Telegraph, Steer’s wife is less than thrilled about the discovery, she says, “I hate the well…But I suppose it is quite a feature. When we come to sell the house I just hope it’s not a white elephant in the room.” 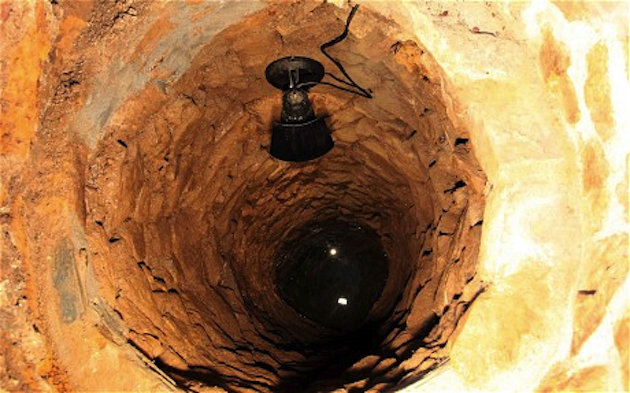 photos by SWNS via The Telegraph and Yahoo! News

via Yahoo! News and The Telegraph