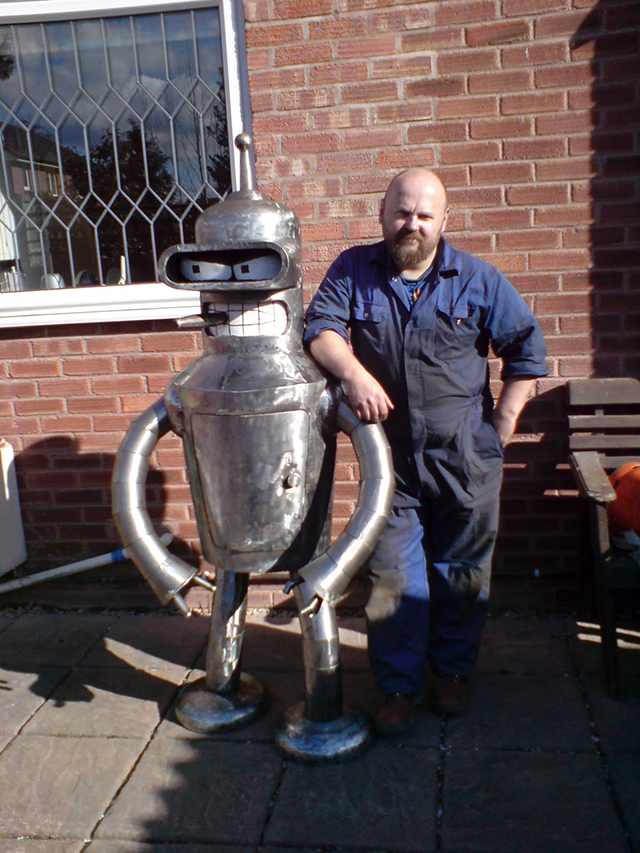 A short while ago I moved to a new workshop and the cooler evenings had me thinking about making a decent size woodstove, a few days later while watching Futurama and drunk as a skunk an idea came to me. Three weeks later, 5 gas bottles, 5kg of welding wire, 90 litres of CO2, various bits of steel mostly 1.2mm sheet, plenty of plasters and copious amounts of alcohol this is what I ended up with.

Here is a video by Rob showing his custom Bender stove in action. 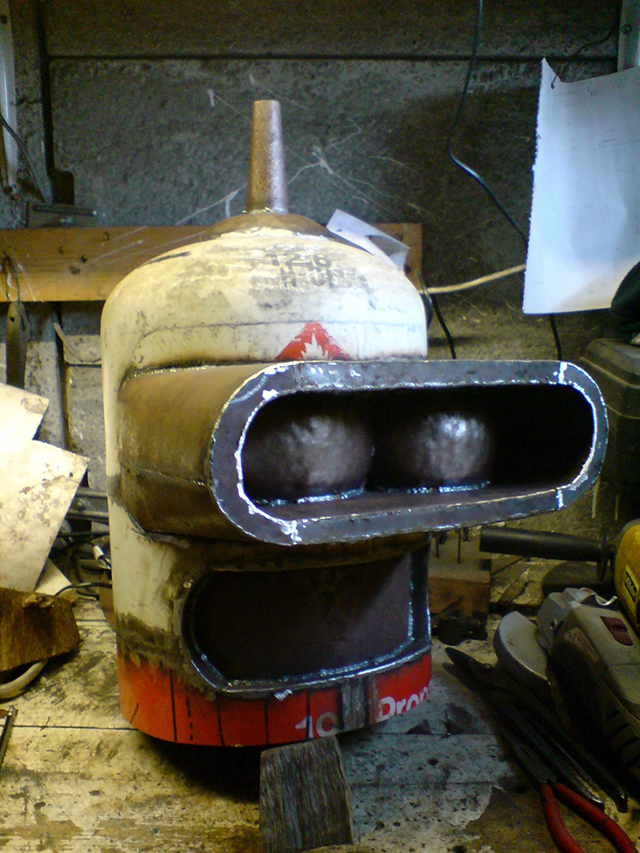 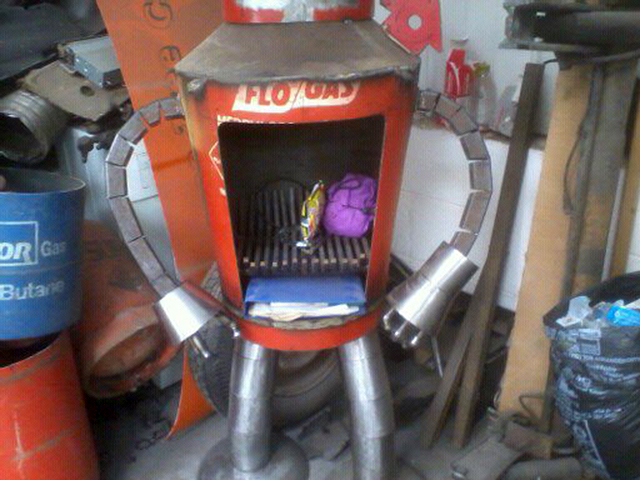 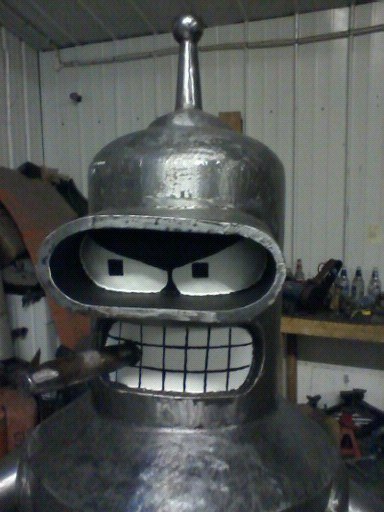