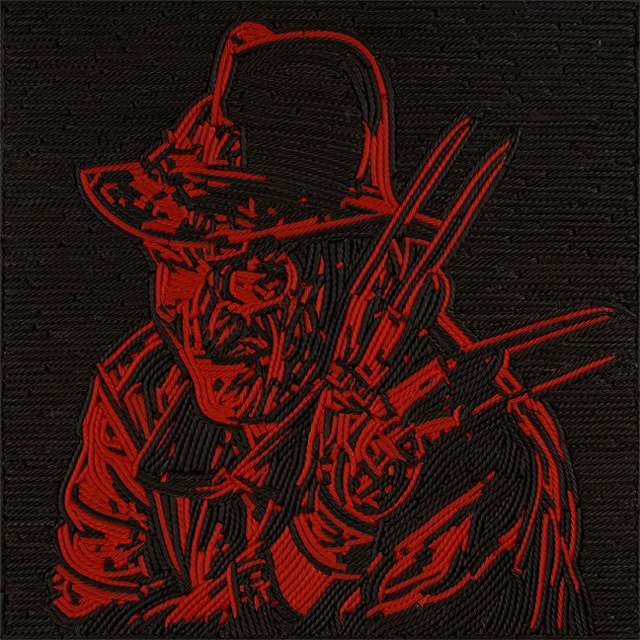 Artist Jason Mecier is creating ten new artwork pieces for his new portrait series, Licorice Flix: Edible Movie Mosaics, which depicts scenes from his favorite movies made out of Red Vines licorice candy. Mecier just launched a fundraising campaign to help defray the costs of bringing the artwork down to Los Angeles gallery, iam8bit, for a new exhibition of his work on November 3, 2011. It will also help pay for a lot of Red Vines.

We recently posted about Jason Mecier’s artwork in the post, Celebrity JunkDrawers, Mosaic Celebrity Portraits Made From Their Junk.