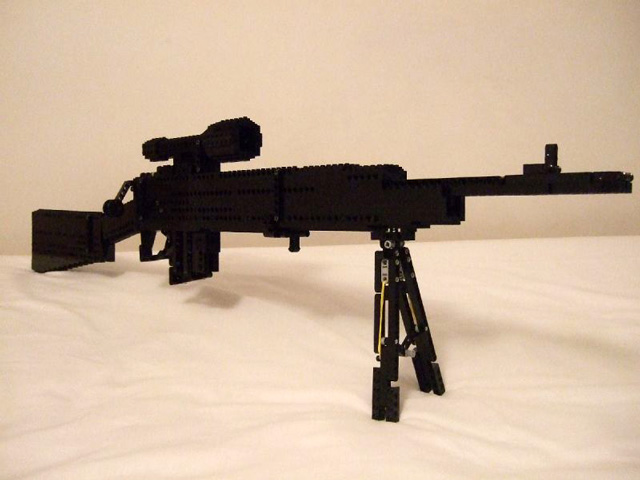 LEGO Heavy Weapons: Build Working Replicas of Four of the World’s Most Impressive Guns by first time author Jack Streat is a book that gives instructions on how to build 1:1 LEGO replicas of “the world’s most iconic firearms.” In the past, we have posted about the book titled Badass LEGO Guns by Martin Hüdepohl. Both books are published by No Starch Press in San Francisco, California.

LEGO Heavy Weapons will show you how to build brick-based models of:

A massive Desert Eagle handgun, with working blowback action
The compact but deadly AKS-74U assault rifle with folding stock
A bolt-action Lee Enfield sniper rifle (a.k.a. Jungle Carbine)
A pump action SPAS combat shotgun
Each set of instructions includes a complete parts listing, so you can find (or special order) any hard-to-find bricks. The book’s illustrated, step-by-step building instructions will be clear to anyone who’s ever played with LEGO bricks, and the biggest models will challenge and delight even the most serious builders. 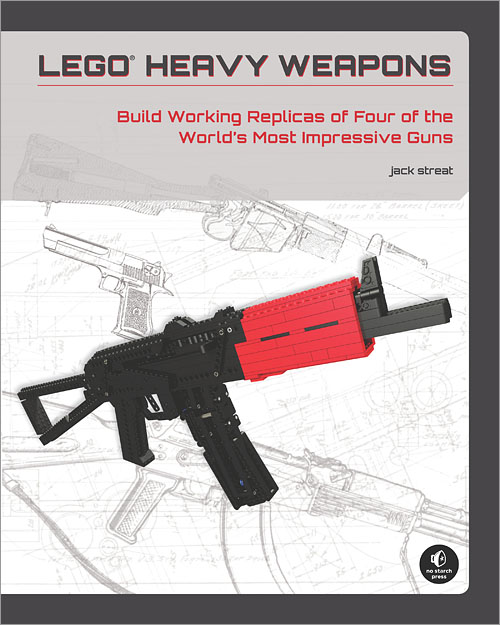 Thanks to O’Reilly for the tip!