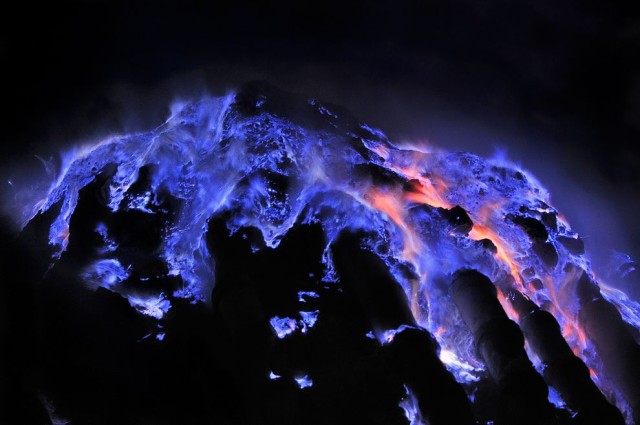 French photographer Olivier Grunewald captured these stunning photos of blue flames emanating from the Kawah Ijen volcano in Indonesia. The striking phenomena is caused by molten sulfur, which is emitted from the volcano in vast quantities, and ignites when exposed to air. 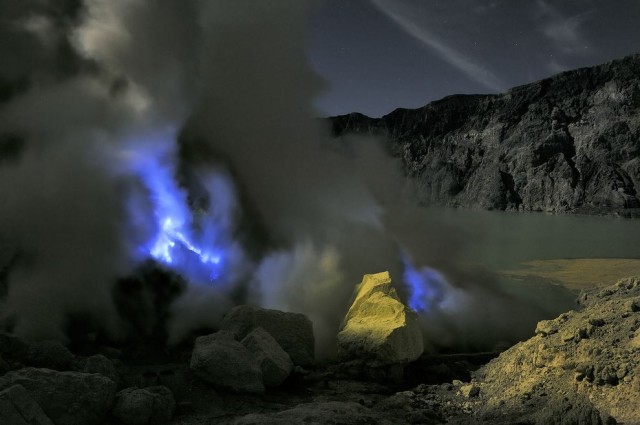 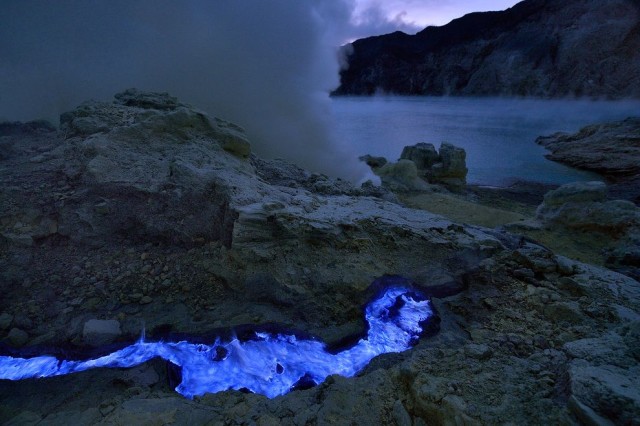 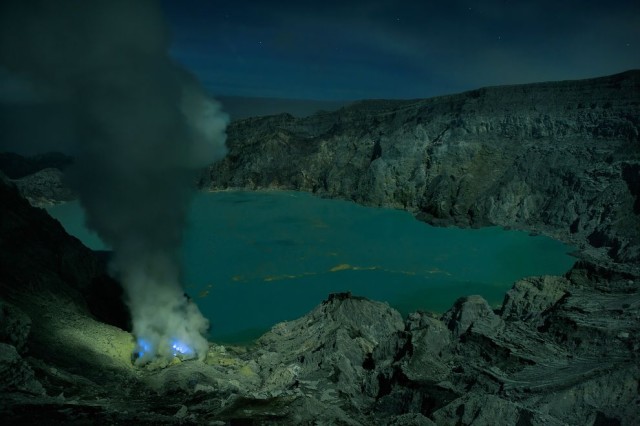