Kali the polar bear was orphaned and taken to the Alaska Zoo after its mother was killed by a hunter. After realizing that the polar bear he shot was a mother with a cub, hunter James Tazruk told the Anchorage Daily News that he tracked down her den, crawled inside, and found Kali. “I’m not going to hurt you. I’m going to take you home,” he told the cub, “just don’t bite me.” Kali is about three or four months old, weighs 18 pounds, and is currently being housed at the Alaska Zoo. More video of the feisty cub is available from John Gomes. 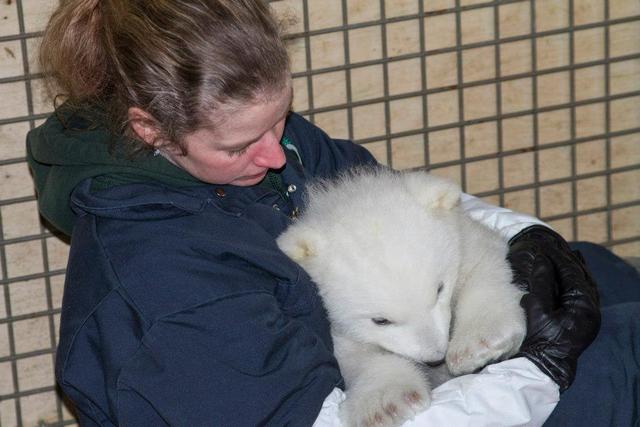