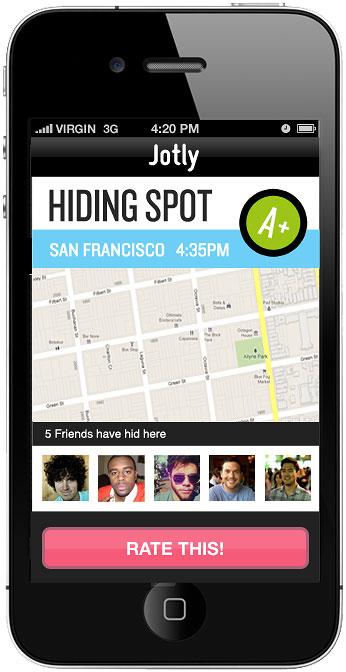 Jotly is a new app for iPhone and Android that lets users rate everything and share their ratings with everyone using every social service. It is currently available in San Francisco and New York City as a closed beta.

If the hilarious “launch video” is not a tip-off, Jotly is a spot on parody of mobile app startups. Jotly is by Alex Cornell of Firespotter Labs, a non-parody app developer based in San Francisco.