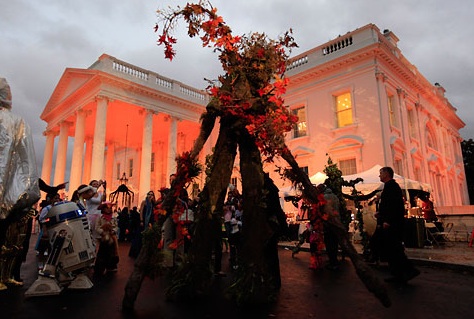 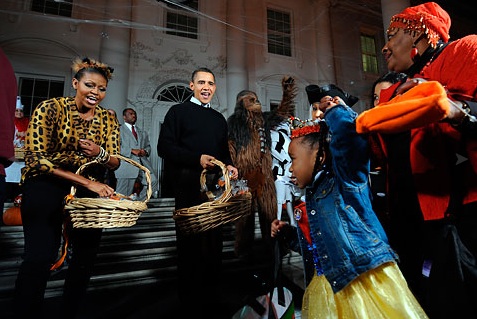 New York Times’ The Caucus reports on Halloween at The White House, where Barack Obama dressed as a casual President and first lady Michelle Obama in a cat woman outfit, greeted over 2000 trick-or-treaters at 1600 Pennsylvania Avenue.

So what kind of loot did the president prepare?

A white-and-blue box of M&Ms — imprinted with Mr. Obama’s autograph — and a sweet butter cookie made by the White House pastry chef. And in keeping with the theme of healthy eating inside the White House that Mrs. Obama has promoted, the children were also given a dried fruit mix of cherries, apricots, pears, apples and papayas. 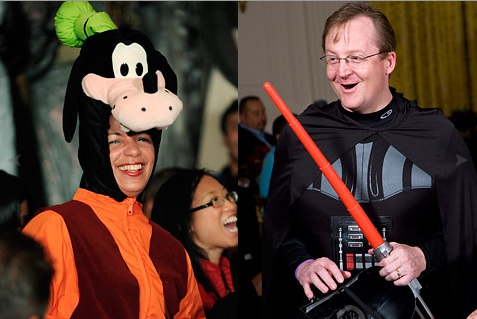