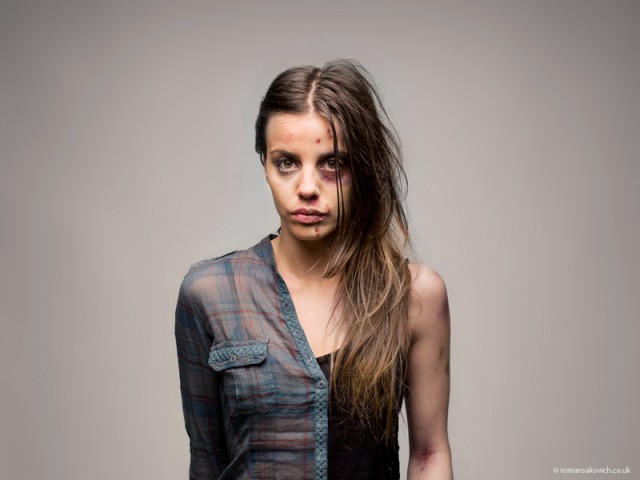 “Half” is a portrait series in which each subject is depicted before and after drug abuse in a composite photo. London-based photographer Roman Sakovich photographed each person twice—in the “after” photo he applied theatrical makeup to his subjects to give the appearance of drug abuse. The final images were composited digitally. Sakovich created the series in order to explore public perceptions of drug users. 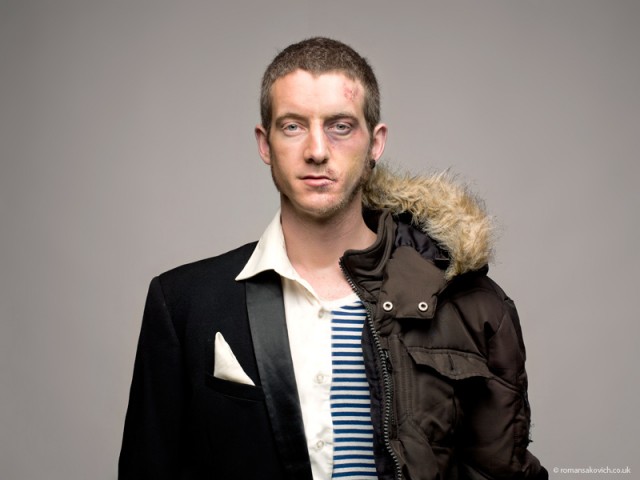 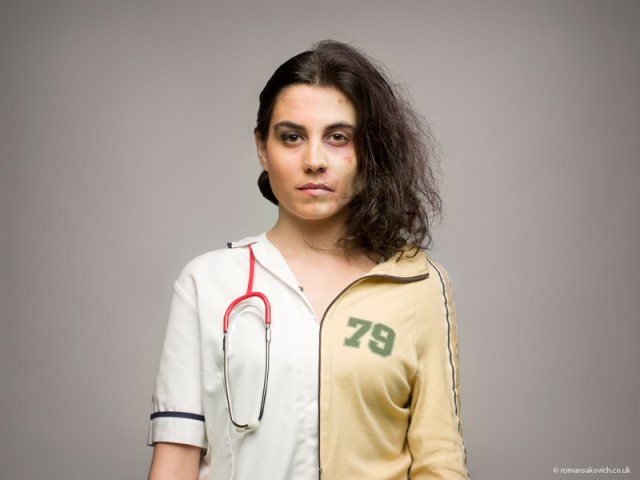 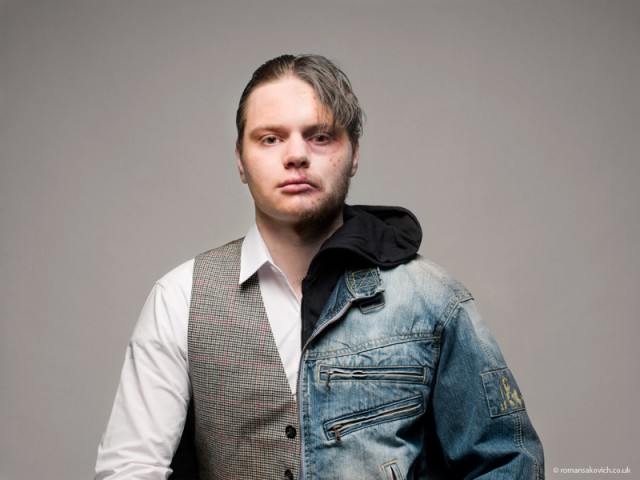 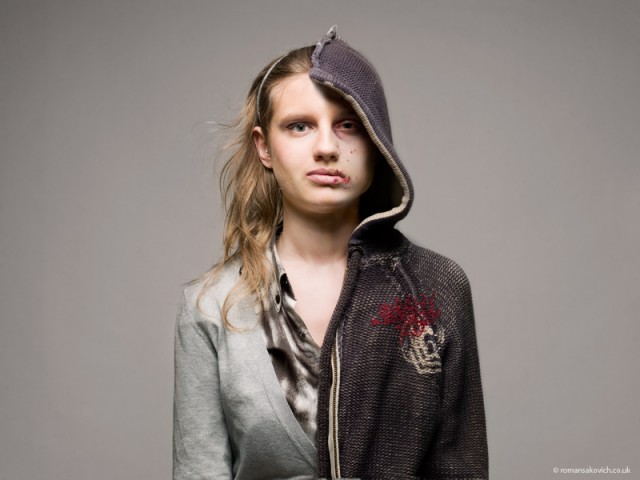 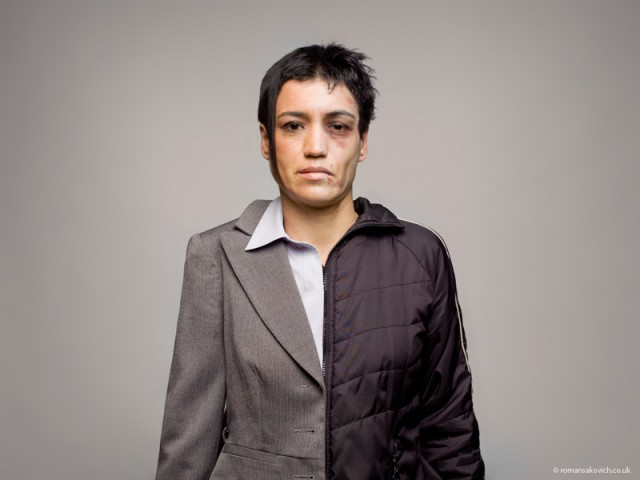