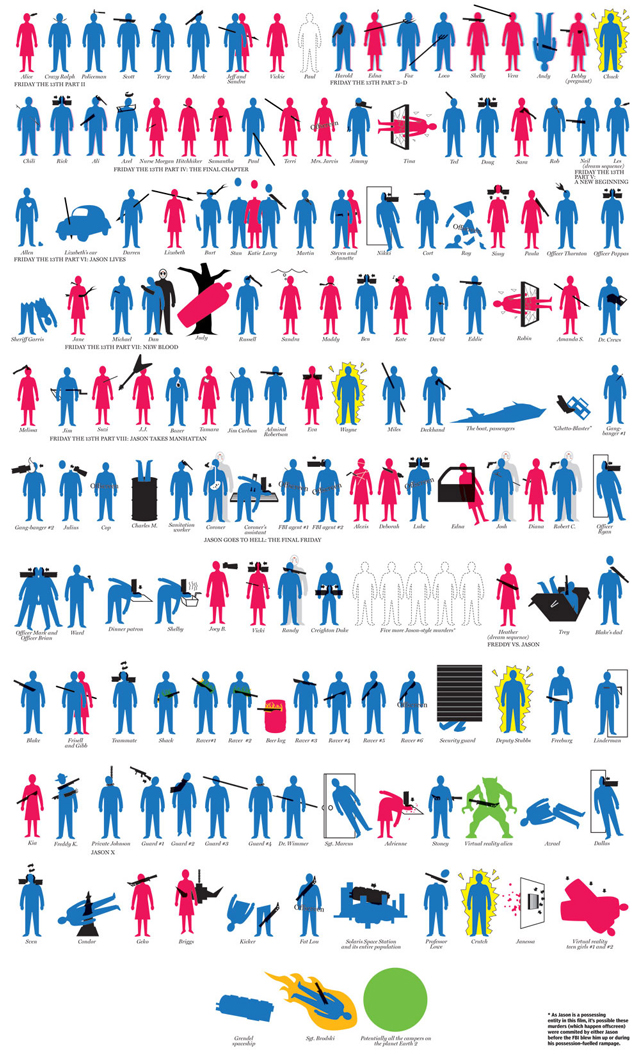 Andrew Barr of Canada’s newspaper National Post collaborated with illustrator Mike Faille to tally up the carnage from antagonist Jason Voorhees in the Friday the 13th slasher film polylogy which began in the 1980s. This amazing graphic depicts every which way a character has kicked the bucket in the hands of uber-bad-guy hockey-masked Jason, from strangulation to machete-induced fatal amputation to well, see for yourself in the full version.

via Hey Oscar Wilde! and Meme-meme