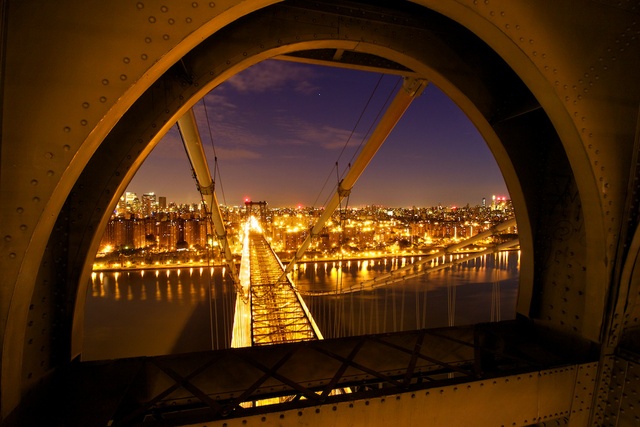 “Gotham Ruins” is an exhibit created by New York City-based photographer 2E that captures a unique view of New York City. The exhibit will open at ArtNow NY on Thursday, August 22nd at 6PM.

The neglected and decayed, the historic since lost to encroaching nature or cultural short-sidedness, the unseen or the impossible to see—these are the angles of New York City that the work of 2E captures. The photographs speak to the extremes of urban life, from the underground grit of subway tunnels to the perilous views atop city bridges, from the drug dens of squatters to iconic architectural facades soon to be demolished in the name of gentrification. The photographs of Gotham Ruins are not the work of a casual documentarian. On the contrary, such images coalesce into a voice of urgent contingency.

Disregarding hurtles of legality or danger is built into the artist’s practice. 2E has free climbed the Brooklyn, Williamsburg and Hell Gate Bridges, trespassed on abandoned property, and scaled the iconic smoke stack of the Domino Sugar Factory. The artist’s actions not only produce stunning and monumental photographs, but the work itself becomes an act of subversive preservation: documenting the historic before it is ravaged.

A particular point of focus in 2E’s recent work has been the destruction of the Domino Sugar Factory in Williamsburg. The site, which is currently off-limits to the public, dates back to 1882 and was once the leading sugar refinery in the United States. Though not overtly associated with any activism (such as “Save Domino”), the artist’s methodology of slow, site-specific observation flies in the face of the rapidly approved, billion-dollar development plan to raze the landmark for the sake of 2,000 apartments. 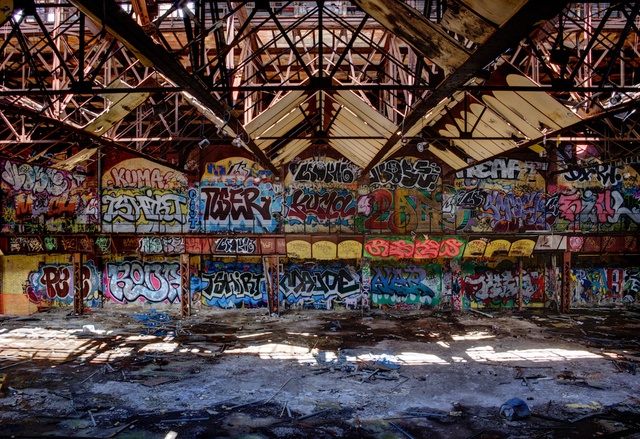 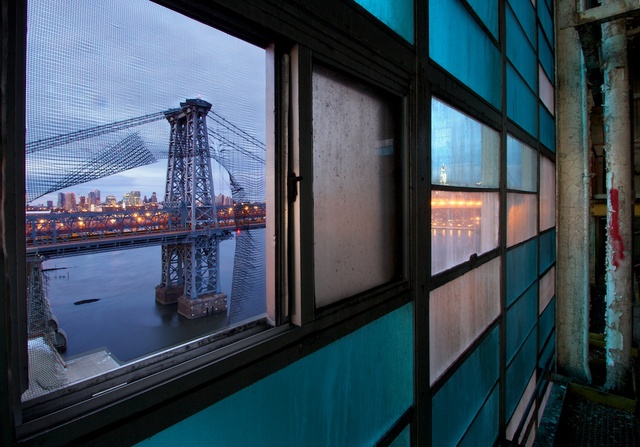 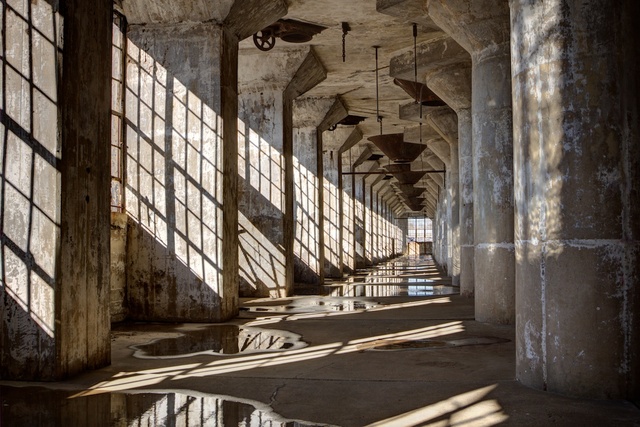