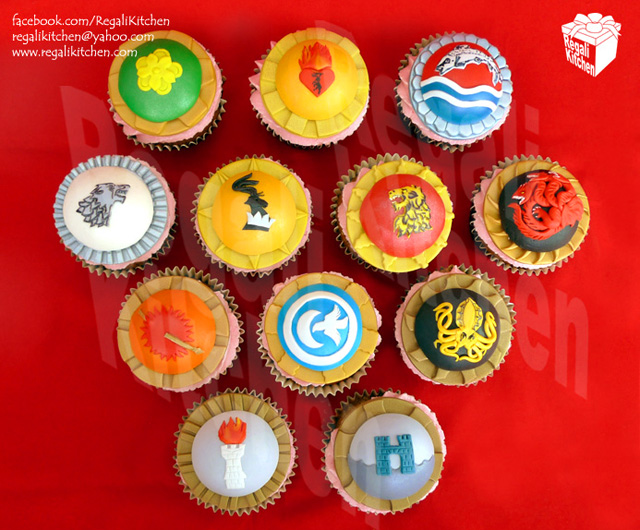 Quezon City, Philippines based chefs JB Cada and Stephanie Santos, who run The Regali Kitchen, used inspiration from the HBO television series Game of Thrones to create a delicious set of Game of Thrones Cupcakes. The house sigils that appear in the opening sequence of the show made for great toppers on each treat.

Here is the Game of Thrones opening sequence being reenacted with the themed cupcakes.

via When Geeks Wed and That’s Nerdalicious!