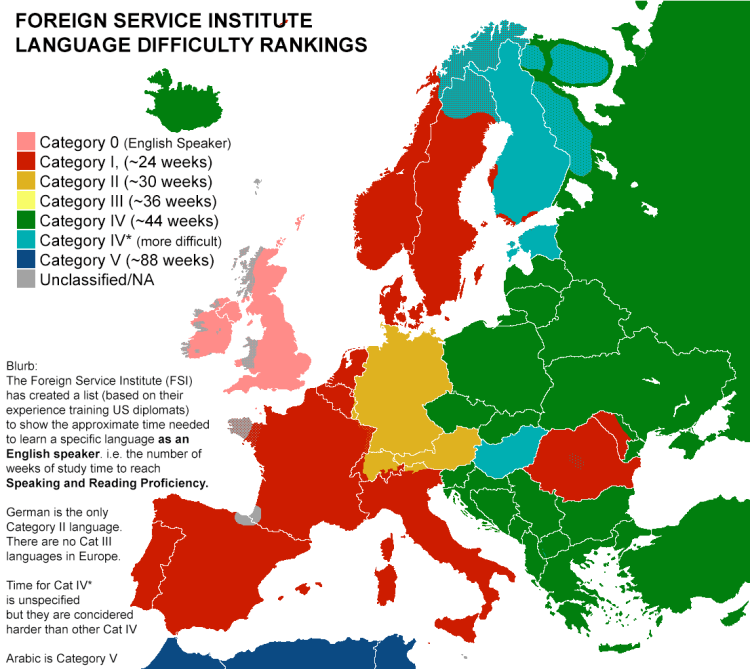 When a person enters the United States Foreign Service, it’s imperative that they learn at least one, if not many different languages. The State Department very conveniently offers their own School of Language Studies, which has put together a fascinating map that shows the time needed for an English speaker to learn specific languages, each ranked and categorized by difficulty.

Language Difficult Rankings in Europe according to the FSI