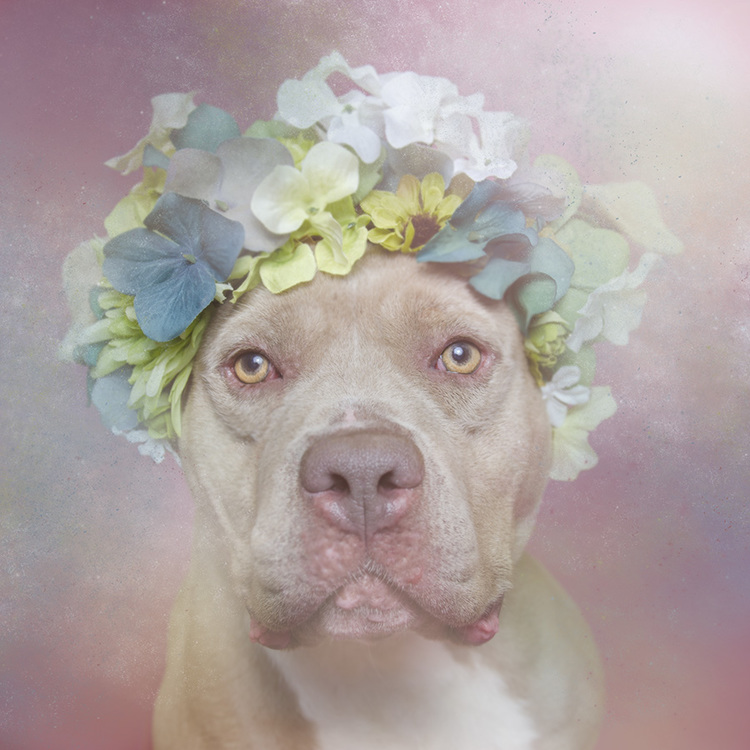 Photographer Sophie Garamand, whose work we’ve previously posted, has a new series in which she portrays adoptable pit bull dogs in soft light and floral halos, giving them an angelic hippie look that is in stark contrast to the usual gritty urban environments in which these dogs are usually portrayed. Dogs from three different New York City shelters, Sean Casey Animal Rescue, Second Chance Rescue and Animal Haven, participated in the shoot.

This project started as an excuse for me to discover more about pit bulls. Like many people, I admittedly had prejudices against them. But as an active volunteer with many rescue groups, I often came in contact with pit bulls and was slowly warming up to their sweet nature. I decided to confront my apprehensions and explore their soft side in a visual way. I realized pit bulls were always portrayed in very urban, gritty photographs. The imagery associated with these dogs is often harsh, very contrasted, conveying the idea of them being tough. In my opinion, this feeds the myth that these dogs are dormant psychopaths.So I decided to take the other route and portray them like hippies, soft fairy-tale-inspired characters, feminine and dreamy. The idea of Flower Power blossomed. 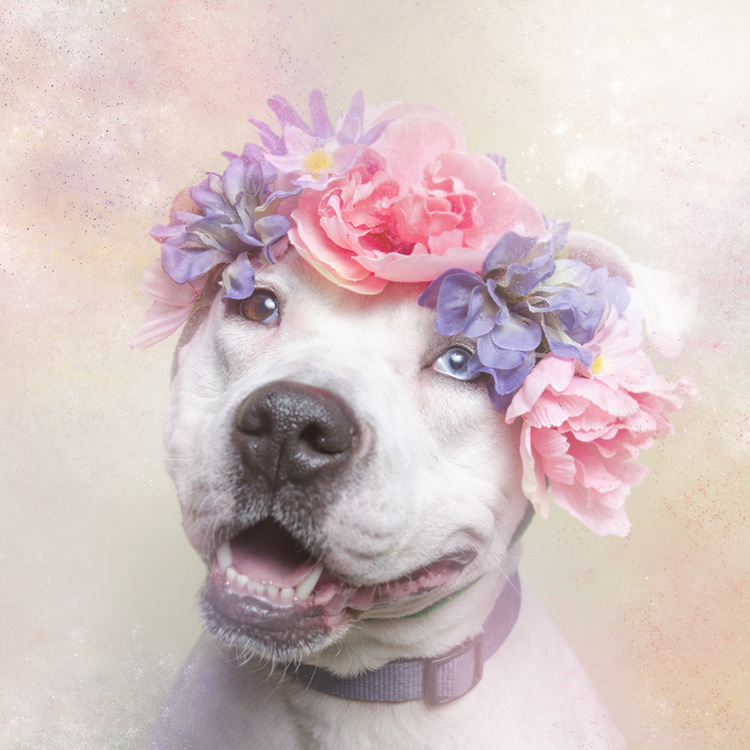 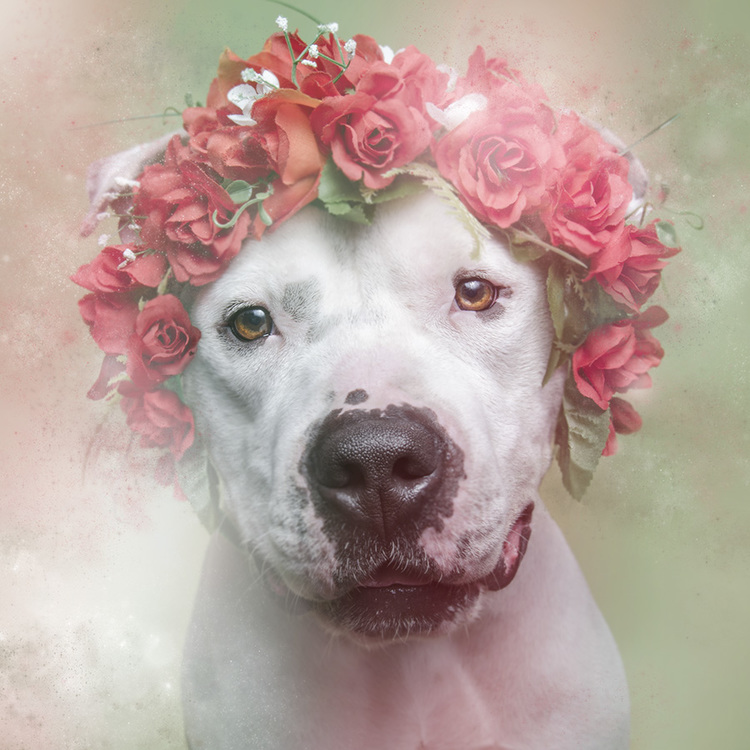 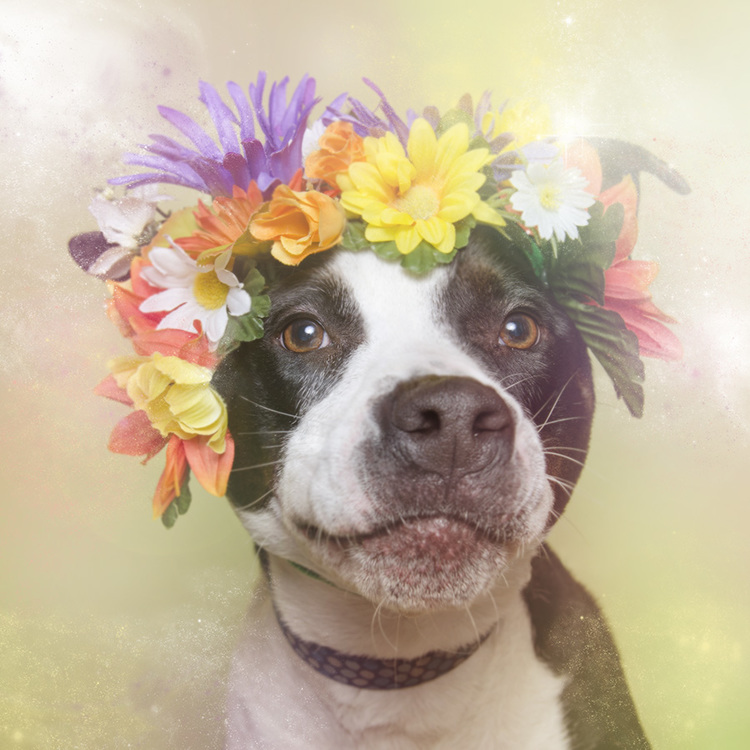 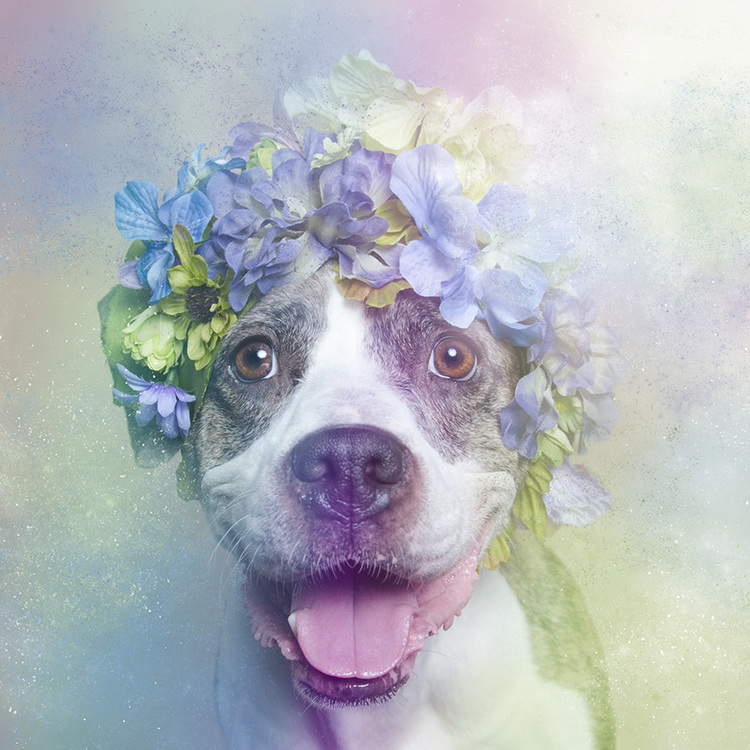 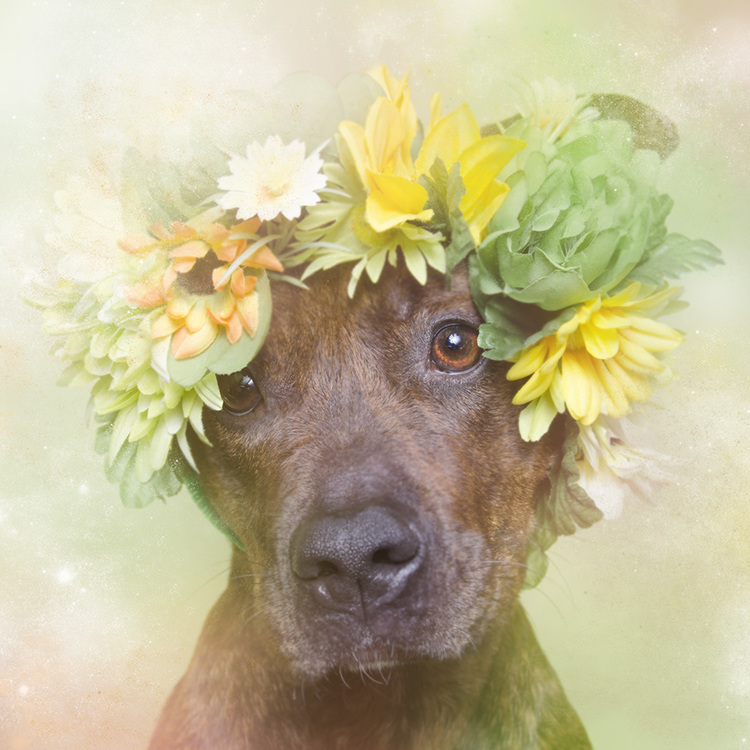