Burlesque dancer Georgia Sothern, nicknamed “The Human Dynamo”, performs her signature frenetic dancing striptease which seems a bit awkward today but was probably much more titillating back in 1942.

Born in Atlanta, Georgia picked her name on the spot in Phil Rosenberg’s office and in her nervousness, forgot the ‘u’ in Sothern, and so the spelling stuck. Her unique style of whirling dervish striptease was also born out of nervousness, during her very first performance and this jazz age baby rode it all the way to the bank, eventually having a signature tune written for her, “Hold that Tiger.” Ann Corio wrote, “The mere sight of this red hot red-headed temptress tossing her hips in fantastic abandon to the wild music of the band caught up everybody in its spell…the audience was almost as exhausted watching as Georgia was performing.” Sometimes she would get so caught up in her exuberant dance steps that she would end up taking off and putting on her clothing several times during a number, leading one fan to remark, “She strips just like she had dynamite for lunch.”

The clip is from the Broadway musical Star And Garter produced by Michael Todd which also featured Gypsy Rose Lee. 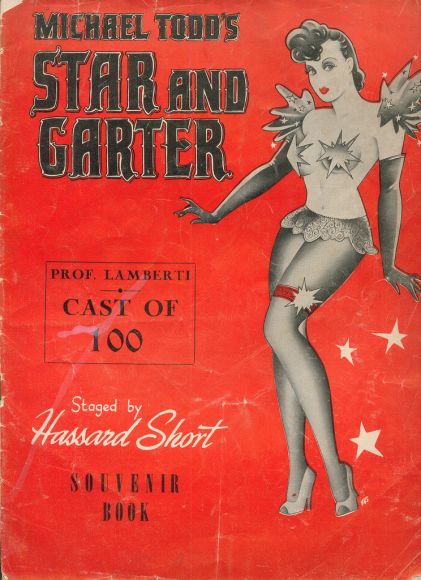 Sothern’s stage career began in 1922 and spanned more than half a century. She started in Vaudeville theaters at the age of 12 and went on to produce her own touring variety shows which she headlined before ultimately retiring in 1977. She wrote a book about her life as an exotic dancer Georgia: My Life in Burlesque. 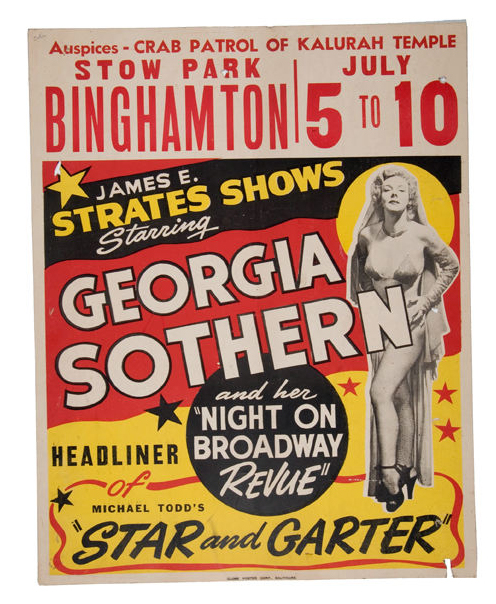