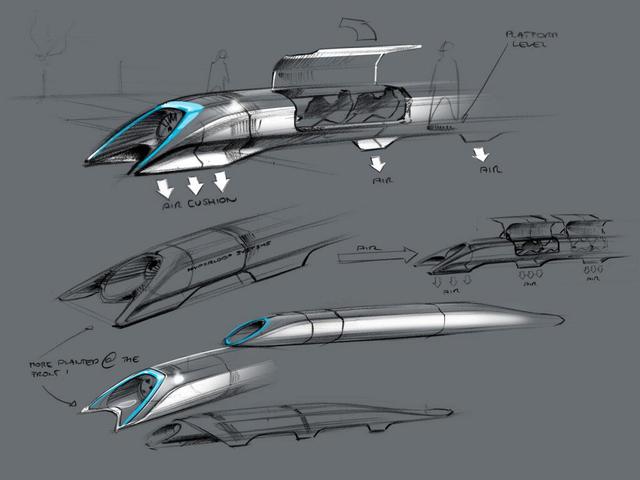 Yesterday Elon Musk unveiled plans for a prototype design of his Hyperloop high-speed passenger transportation system designed to travel between Los Angeles and San Francisco in under 30 minutes, despite announcing last week that he had no plans to actually build it because of his commitments to SpaceX and Tesla Motors. According to The New York Times Bits, Musk estimates the Hyperloop would cost $6 billion to build, passenger tickets would cost $20 each, and if the project were his top priority, a prototype could be built within one to two years.

The prototype plans (PDF) reveal that the Hyperloop’s pods, which will travel through hundreds of miles of tube, would reach speeds of up to 800 miles per hour on the route from Los Angeles to San Francisco and would be mounted on earthquake-resistant columns near the route of I-5 to minimize the project’s impact on existing ground structures. The prototype would use air bearings — “which use the same basic principle as an air hockey table” — to overcome friction within the tube and a linear electric motor would accelerate the pods and slow them down at their destination. All of the prototype plans can be read at Tesla Motors (PDF).