In the fourth episode of the brilliantly animated series Goreytelling, by photographer and filmmaker Christopher Seufert (previously), famed artist Edward Gorey talks about his experience designing a set and costumes for a summer theater production of Dracula. The artist explains that he didn’t consider it to be his best work at all. Several years later both the set and costumes were brought out again for a production in Boston, were Gorey won two Tony Awards in 1978 for both costumes and scenic design.

The whole thing just seemed to be so sort of absurd. I’m very grateful to of course because it made me more money than anything I ever did. I mean if I were going to win a Tony Award I should want it for the sets. But I know I know perfectly well why I didn’t and I don’t think I deserved it for either one but I mean – giving me a Tony Award for a tacky little costume design though? It was more of an insult than anything else. The cross that I had to bear.

The series is brilliantly animated by father-and-son team Benjamin Wickey and Jim Wickey. 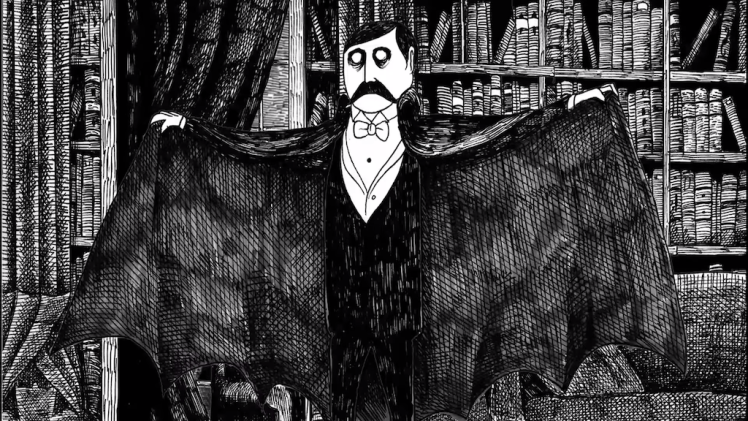 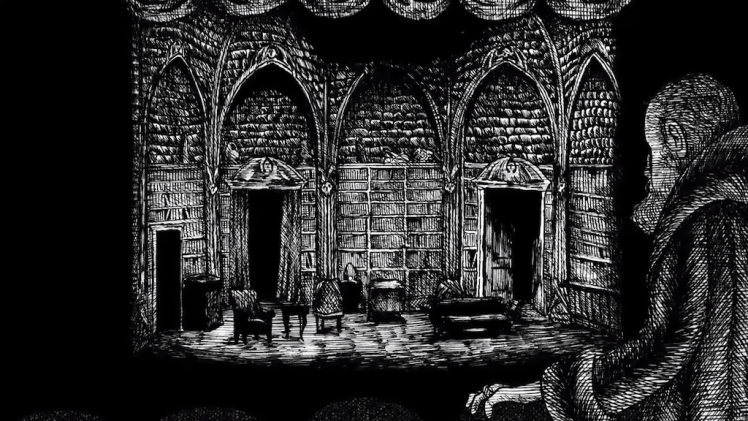