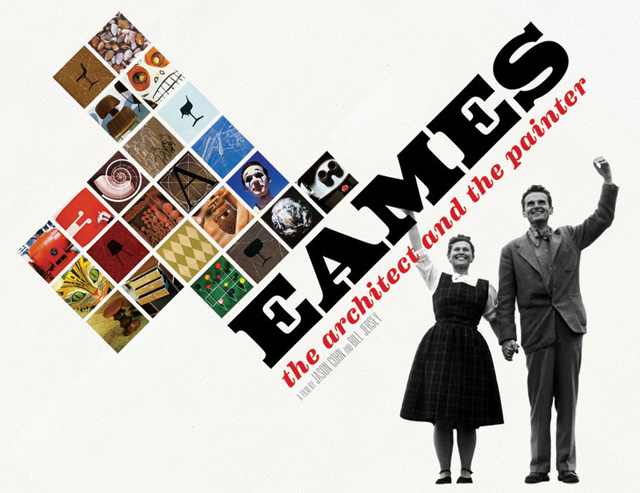 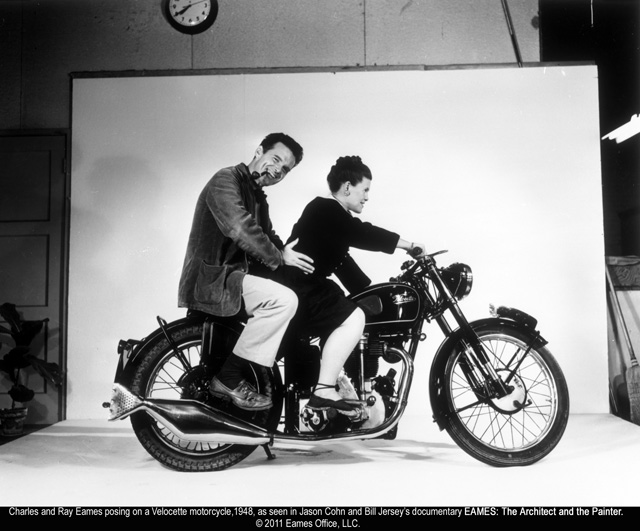 EAMES: The Architect and the Painter is a documentary film that chronicles the lives of prolific American designers, Charles and Ray Eames. Jason Cohn and Bill Jersey directed EAMES which will air Monday, December 19, 2011 on American Masters on PBS. It is also being shown at several in limited runs at movie houses throughout the United States and the DVD is available for pre-order.

The husband-and-wife team of Charles and Ray Eames are widely regarded as America’s most important designers. Perhaps best remembered for their mid-century plywood and fiberglass furniture, the Eames Office also created a mind-bending variety of other products, from splints for wounded military during World War II, to photography, interiors, multi-media exhibits, graphics, games, films and toys. But their personal lives and influence on significant events in American life — from the development of modernism, to the rise of the computer age — has been less widely understood. Narrated by James Franco, Eames: The Architect and the Painter is the first film dedicated to these creative geniuses and their work.