Drone footage captured an insane traffic jam in Beijing, China that stretched 10 kilometers as thousands traveled home after the a week-long Golden Week national holiday. The traffic was compounded by a different highway being closed due to heavy fog. 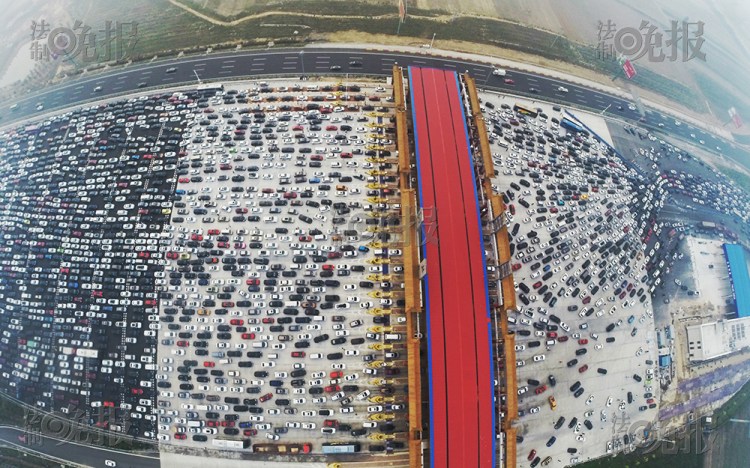 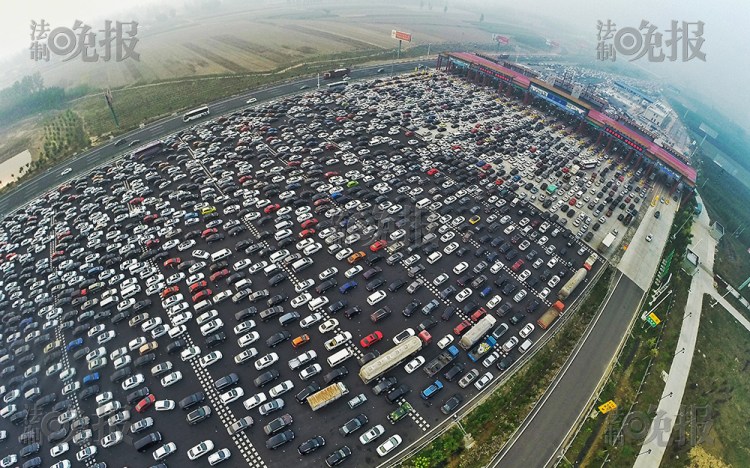