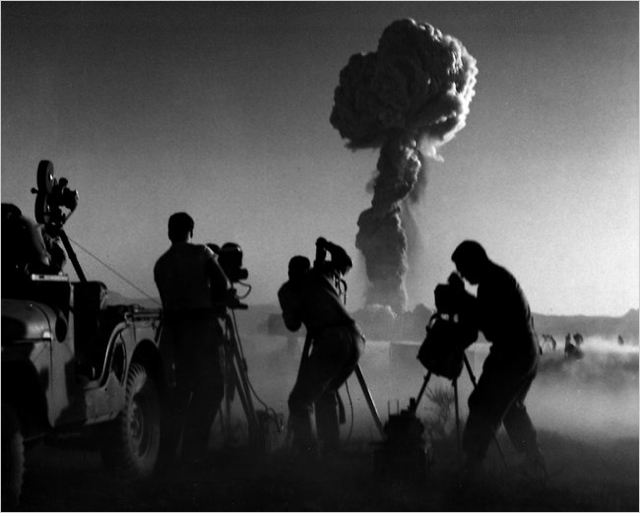 The New York Times is featuring photos and audio from some of the men who documented the testing of atomic bombs.

While many of the scientists who made atom bombs during the cold war became famous, the men who filmed what happened when those bombs were detonated made up a secret corps.

Their existence and the nature of their work has emerged from the shadows only since the federal government began a concerted effort to declassify their films about a dozen years ago. In all, the atomic moviemakers fashioned 6,500 secret films, according to federal officials.

photo via “How to Photograph an Atomic Bomb”