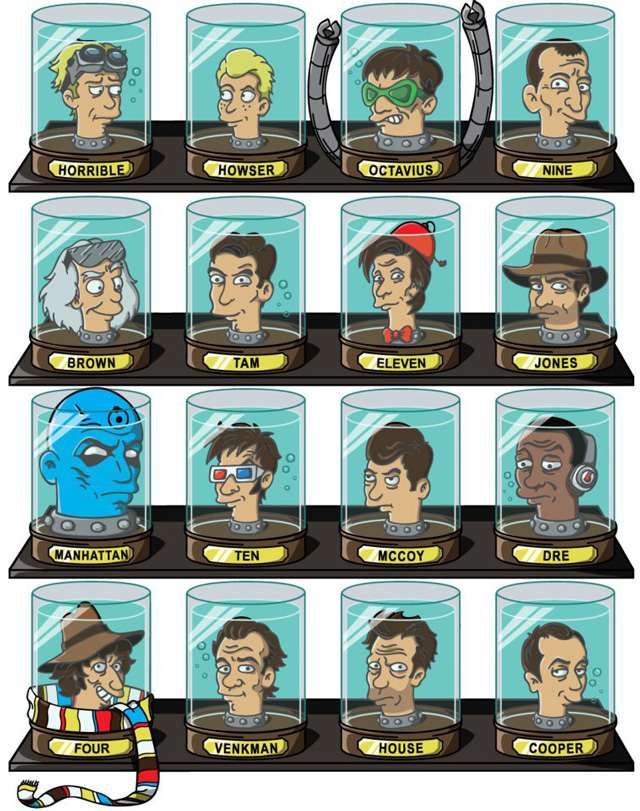 CoDdesigns and rtofirefly took familiar doctors from pop culture, like Doctor Who and Dr. Dre, and combined them with the Head-in-a-Jar gag from sci-fi animated television show Futurama to make Doctorama.

Did somebody call a doctor? Maybe back when they had their full working bodies they could have been good use but now in the distant future they are useless but funny heads in a jar!

A tee-shirt has been made from the original design: 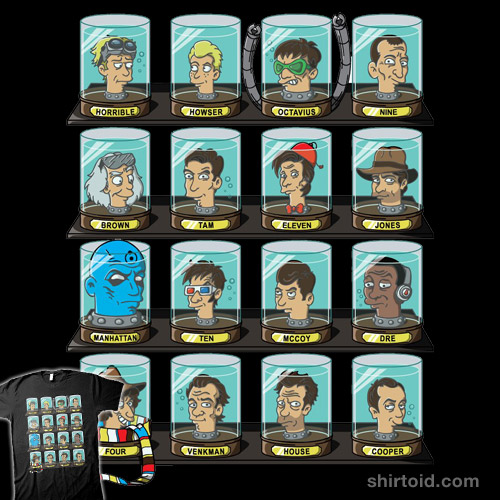