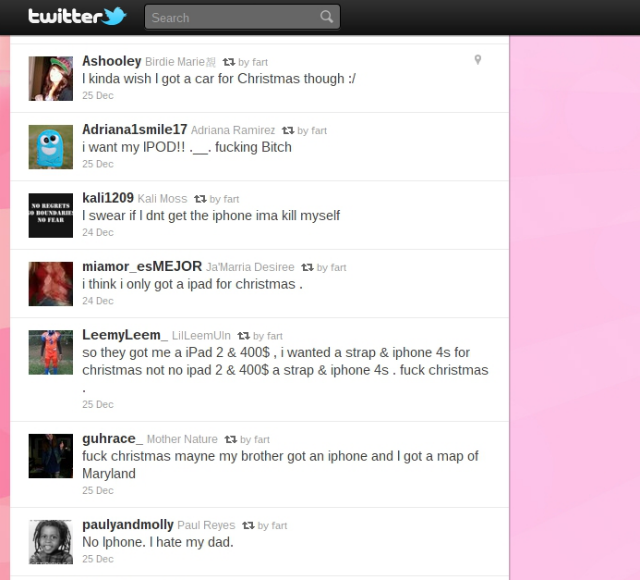 Comedy writer Jon Hendren of Something Awful retweeted post-Christmas messages on Twitter from random disgruntled people complaining about the lack of iPhones, iPods, cars and other expensive items under their tree. Song-a-day singer and songwriter Jonathan Mann went one step further and wrote WTF?! I Wanted An iPhone!!!, a humorous song that uses the original tweets as lyrics.