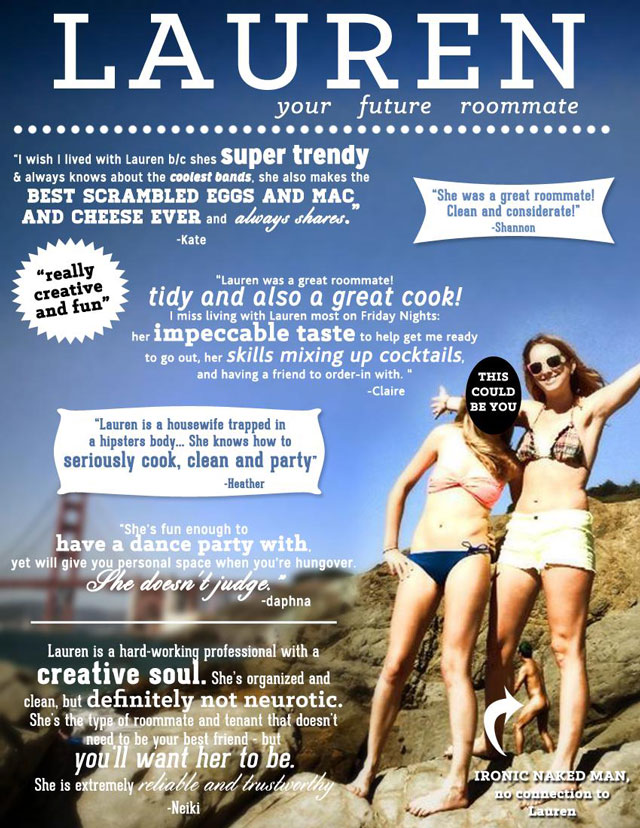 In an effort to find a room after arriving in San Francisco last month, designer and photographer Lauren posted a clever advertisement entitled “Lauren: Your Future Roommate” on Craigslist and Twitter. The ad features testimonials by her former roommates and an unusual attention to typography (for Craigslist, anyway). Lauren reports that she has since landed a place.