While exploring 14,000 feet below the waters of Necker Island, Hawaii on February 27, 2016, a remotely operated vehicle belonging to the NOAA ship Okeanos Explorer made the rare discovery of a very rare incirrate octopus whose lack of pigmentation and ghostlike appearance led to the adorably appropriate nickname “Casper”.

Deep-sea octopods are easily separated into two distinct groups: (1) the cirrate, or finned, octopods (also known as “dumbo” octopods), characterized by fins on the sides of their bodies and fingerlike cirri associated with the suckers on their arms and (2) incirrate octopods, which lack both fins and cirri and are similar in appearance to common shallow-water Octopus.The octopod imaged in detail on this first dive was a member of the second group, the incirrates. A distinctive characteristic was that the suckers were in one, rather than two, series on each arm. This animal was particularly unusual because it lacked the pigment cells, called chromatophores, typical of most cephalopods, and it did not seem very muscular. This resulted in a ghostlike appearance, leading to a comment on social media that it should be called Casper, like the friendly cartoon ghost. It is almost certainly an undescribed species and may not belong to any described genus. 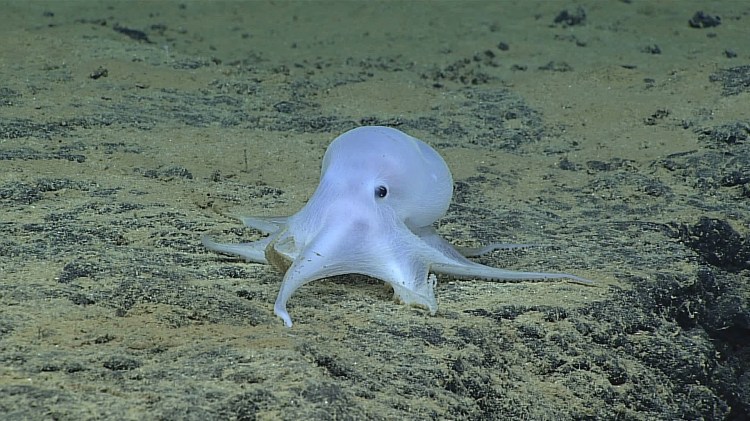 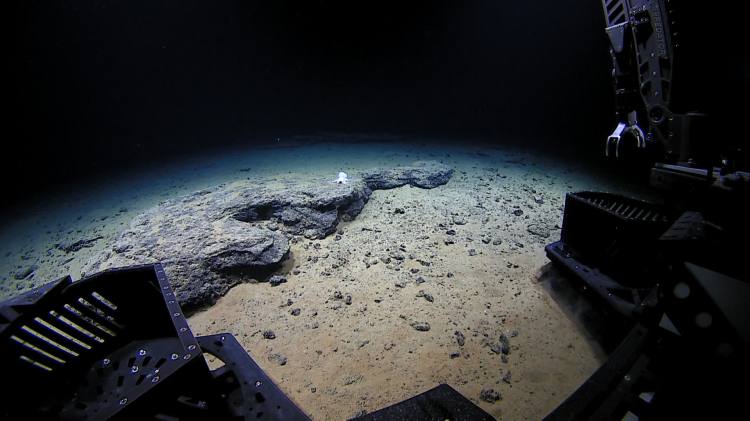