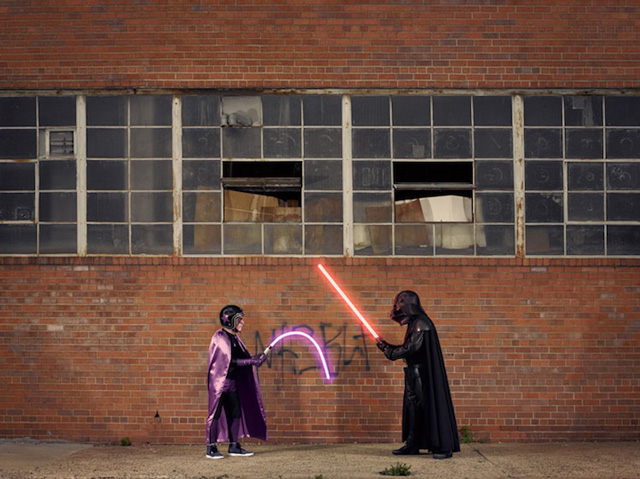 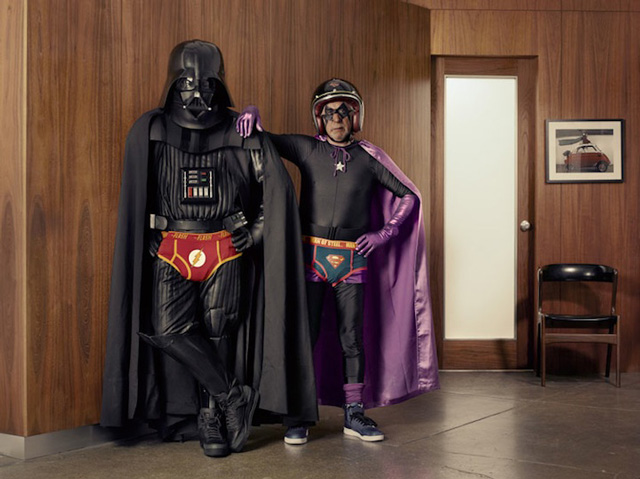 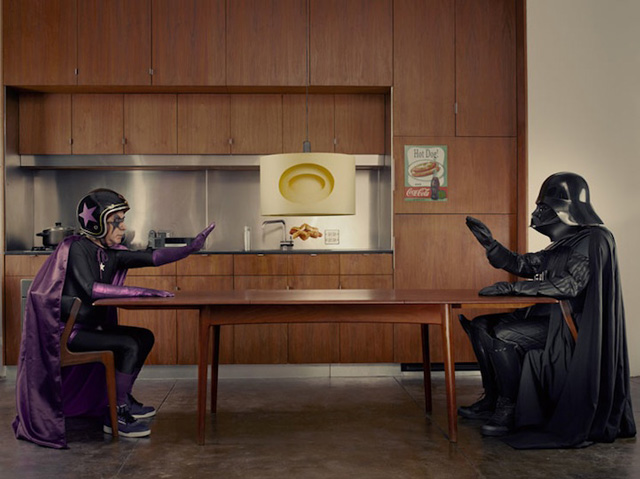 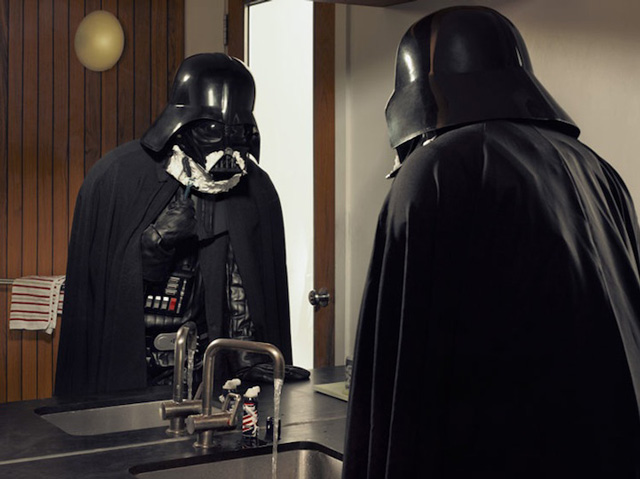 French photographer Sacha Goldberger first turned his 91 year-old grandmother into a superhero to cheer her up, then he gave her a superhero boyfriend named Mister Papika in part two of the series.

Later in The Darks she was seen hanging out with Dark Papouka and now in the next part of the series, The Darks, Part II, we found that Dark Papouka has befriended Star Wars antagonist Darth Vader. The entire set of photos tells a story and be sure to look for the surprise ending.

Though Dark Papouka is a really naughty old man, it’s normal that he has a best friend…

Mr. Goldberger also photographed a series that shows before and after photos of joggers.