While out running near his Utah home, photographer Kyle Burgess came upon what he believed was a litter of bobcat kittens. He took some video of the babies and went on his way.

Soon he noticed that a big angry cat began following him. As Burgess turned himself around to face her, he realized his error. The kittens that he believed to be bobcats, were actually baby cougars. And their mama was dead set upon protecting them at any cost. Wisely, Burgess began walking backwards, making himself seem bigger and louder in order to scare her away. Unfortunately for him, cougars are known for their stubborn disposition and she followed him down the trail for six long minutes. It’s only when Burgess tossed a few rocks in her direction that she decided to turn around and go back to her cubs. 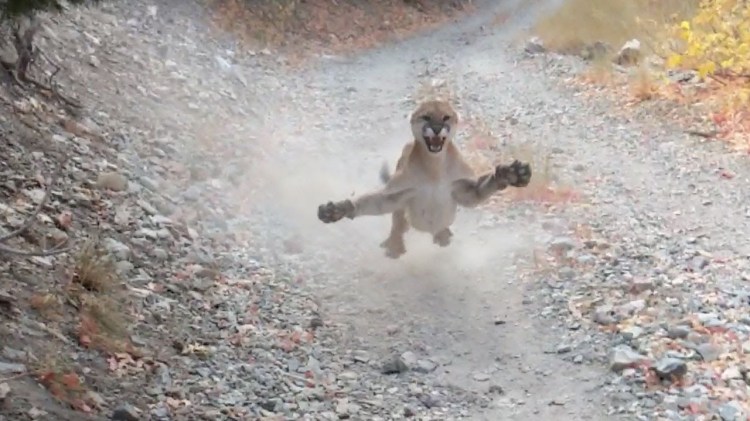 Despite Burgess calling the cougar all sorts of names as she ran away, he eventually realized that she was only acting in the interest of her babies and had no intention of harming him.

She escorted me for over six minutes to get me away from her cubs. Although she was acting very aggressive, the cougar had no intent on hurting me. The mother cougar was most likely caught off guard and did what she had to do to protect her cubs. Mama, cubs, and I are safe.