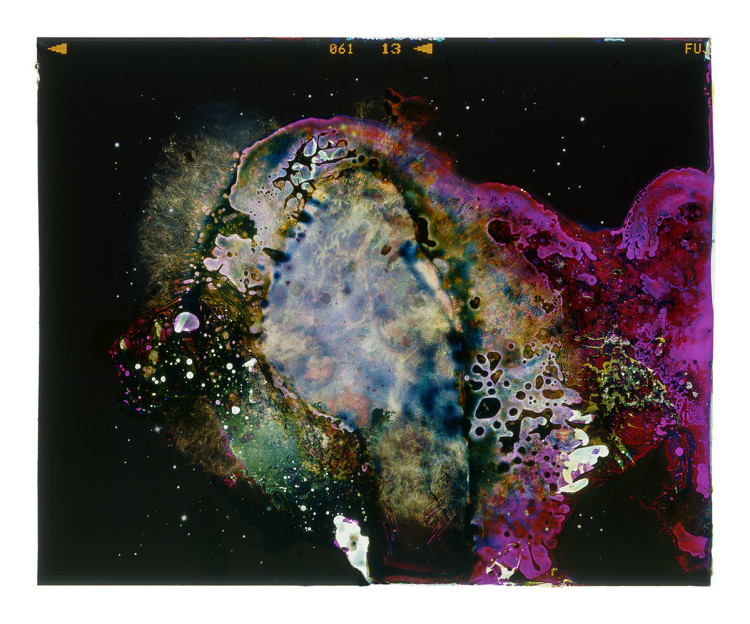 In the photo series Cosmos, bacteria are grown on photographic film, which is then scanned and printed to reveal intriguingly distorted images. Photographer Marcus DeSieno created the series by first collecting bacteria from a variety of sources including public places (motel hot tub), electronic devices (iPhone), and various body parts (belly button). He then spread the bacteria on photographic film of space images. The bacteria were allowed to grow on the film–disintegrating it in unpredictable ways–before the film was finally scanned and printed. We previously posted about DeSieno’s tintype photographs of parasites. 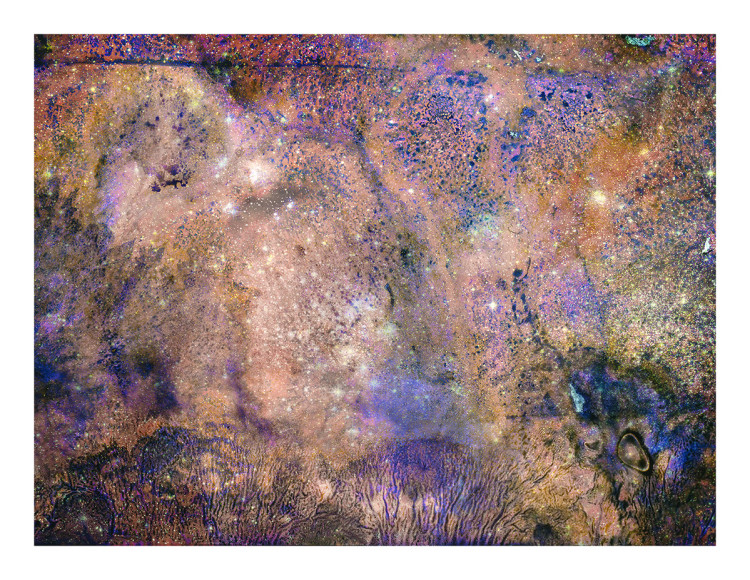 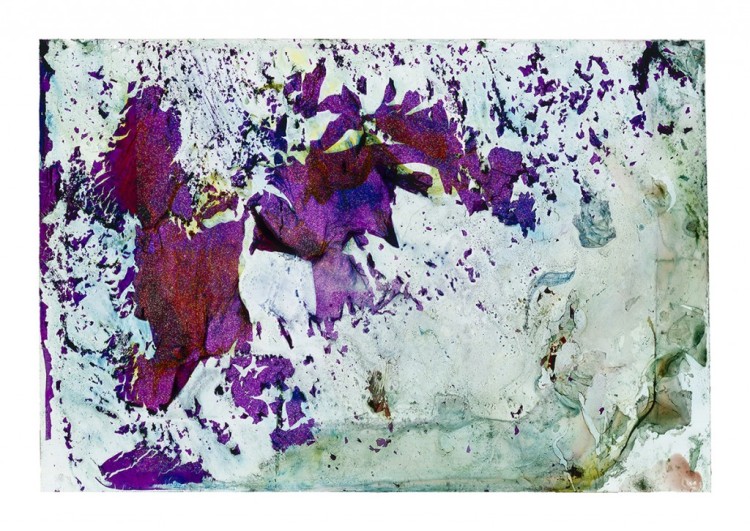 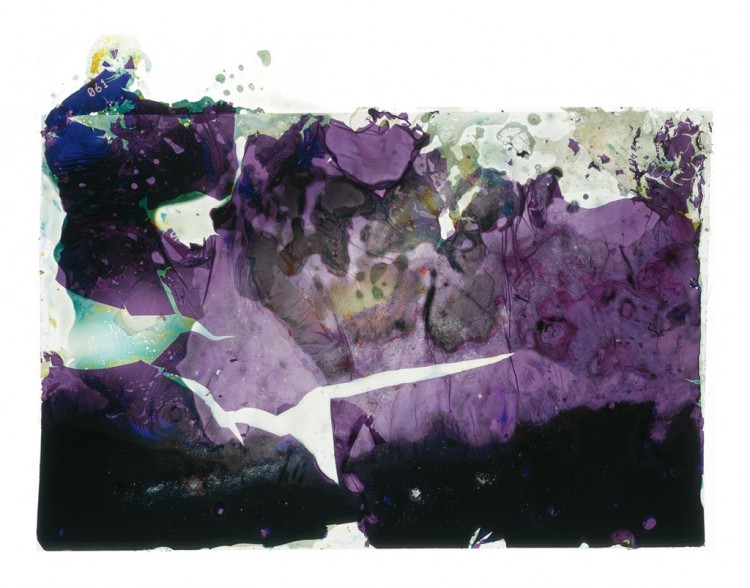 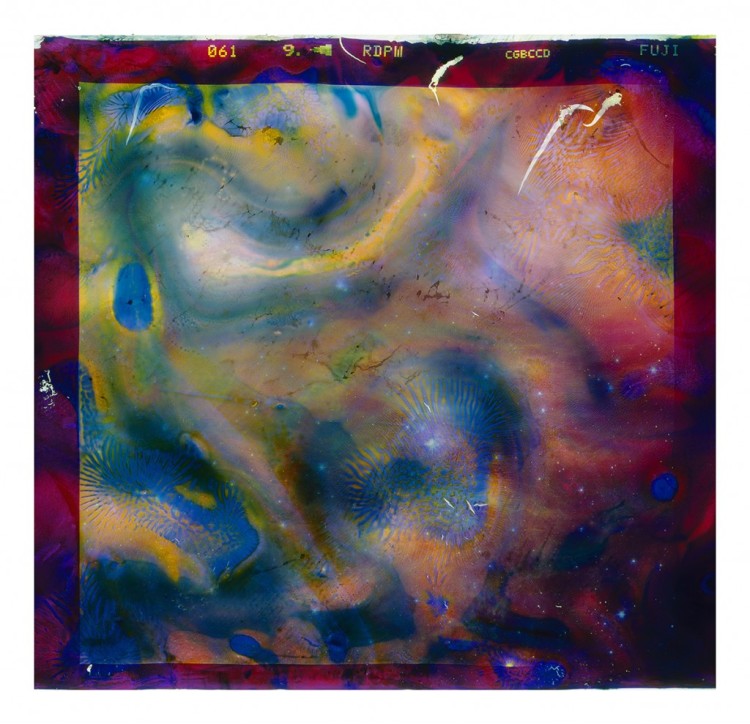