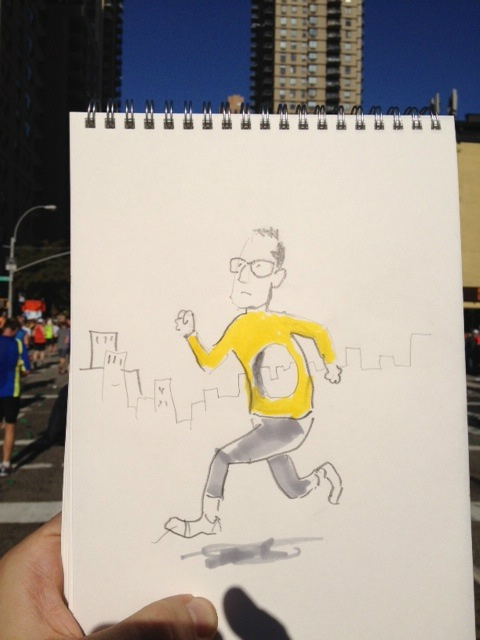 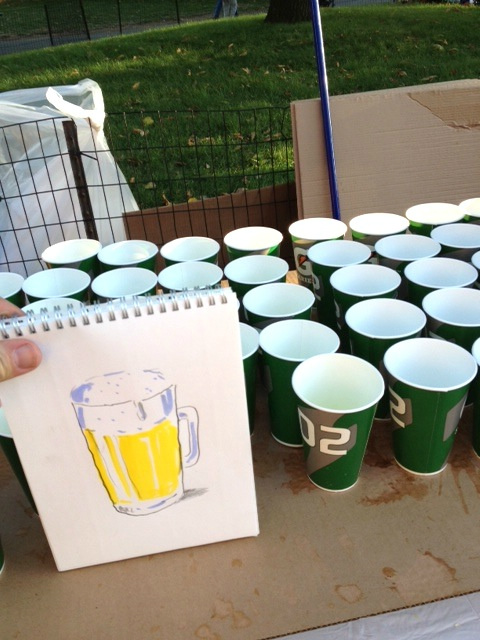 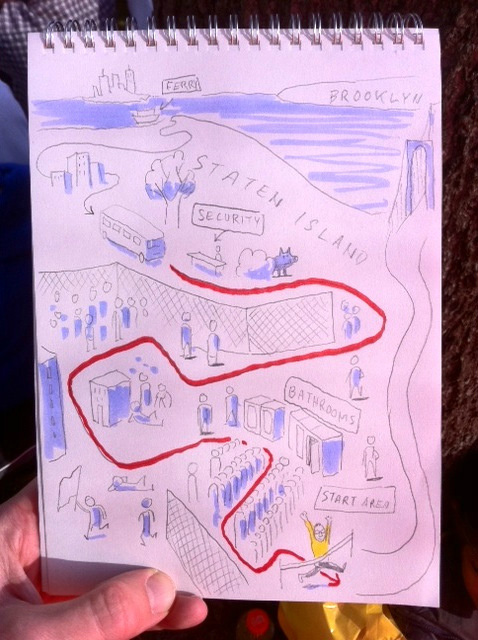 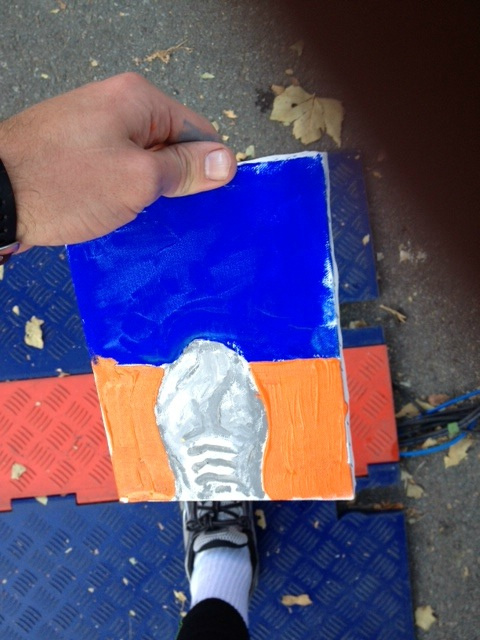 The New York Times cartoonist Christoph Niemann not only ran the 2011 New York City Marathon but live-tweeted his on-the-fly drawings of the entire experience. Towards the end of the race, he had to create a new Twitter account because he was apparently over-posting on his original account. His accounts @abstractsunday and @abstractsunday1 house all of his race illustrations.

On November 6 I will attempt to live-draw the New York City Marathon. How will I finish the race? Curled up on the sidewalk in Park Slope? In an oxygen tent on First Avenue? Or actually in Central Park? Before sunset? 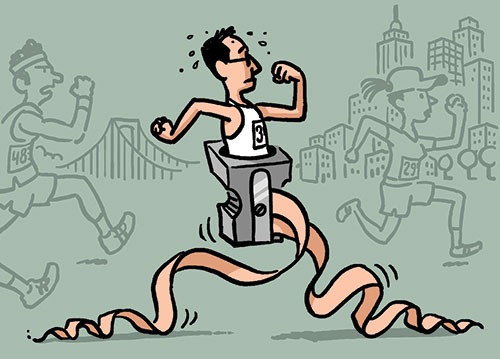 photos and image via Christoph Niemann