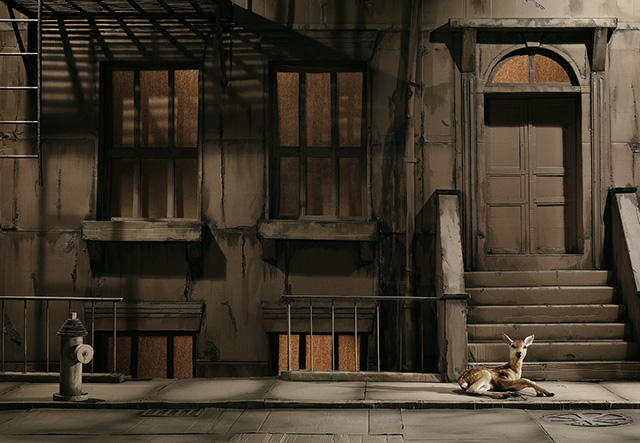 Set designer Luke Aan de Wiel and photographer Andy Rudak joined forces to create “Cardboard Cities,” a series of complex, lifelike dioramas of city streets built from cardboard. The project, first unveiled in 2012, captures the architecture of some of the world’s biggest metropolitan areas, including London, Mumbai, New York City and Paris. The city scenes are entirely devoid of human presence, though they do feature solitary wild animals.

I placed the animals in there as a sign of life. I loved the idea of a city with no people, there is something surreal about it, but there will always be life. The dream-like feel was, I thought, perfectly communicated by the animal and the fact the animal wasn’t from that city made it an even stronger fantasy. 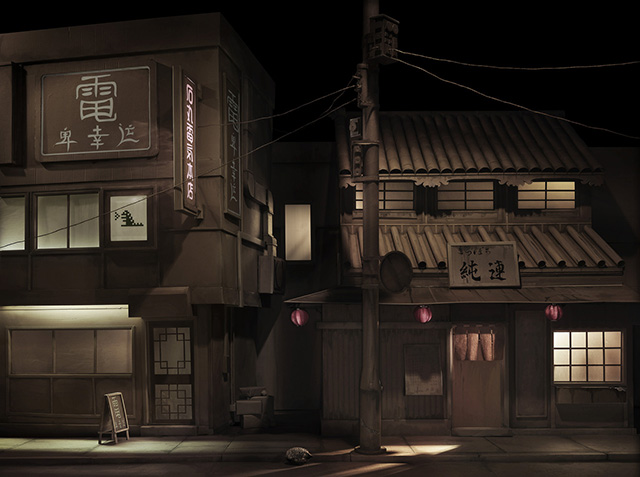 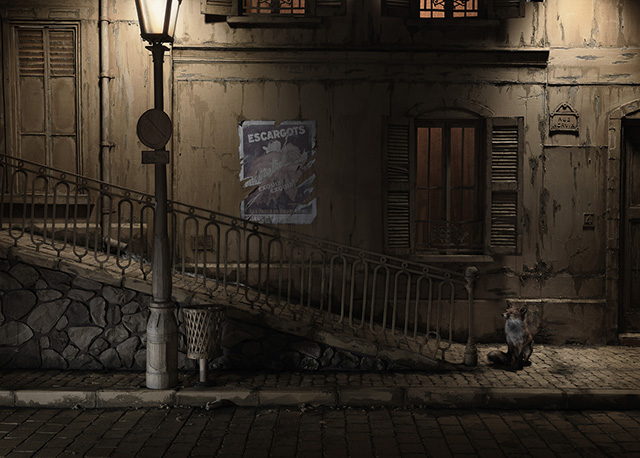 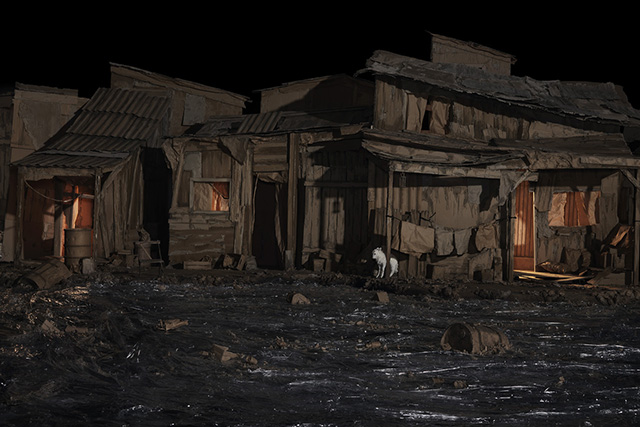 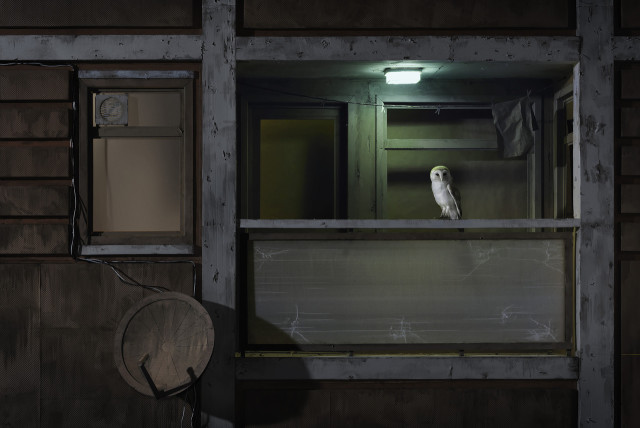