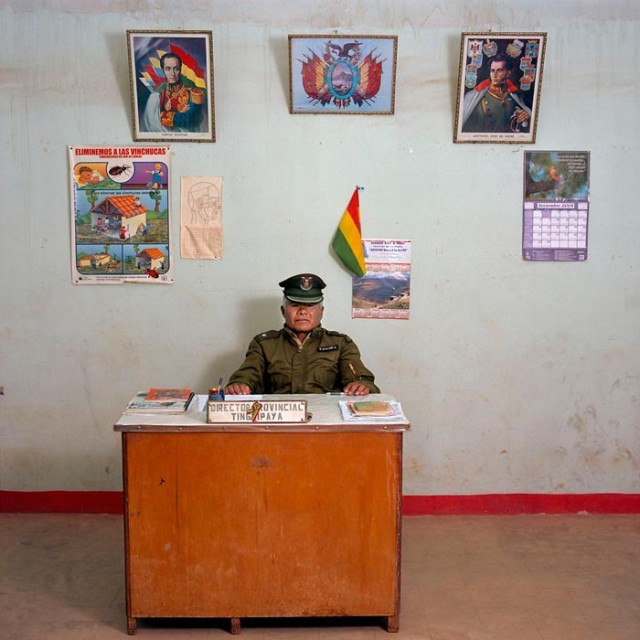 “Bureaucratics” is a fascinating portrait series by Jan Banning that depicts civil servants from 8 countries around the world. Banning wanted to photograph the civil servants as they would appear to their fellow citizens, so he showed up unannounced and photographed them at their desks before they had a chance to pose or tidy up. Banning’s collaborator Will Tinneman was also on hand to interview each civil servant—biographical notes accompany each photograph in the series. The series culminated in a exhibition of 50 photographs and a photo book, which is unfortunately out of print. 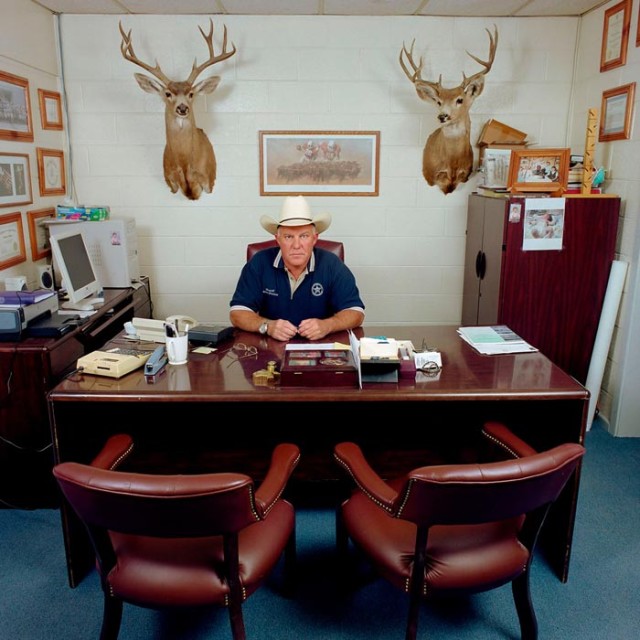 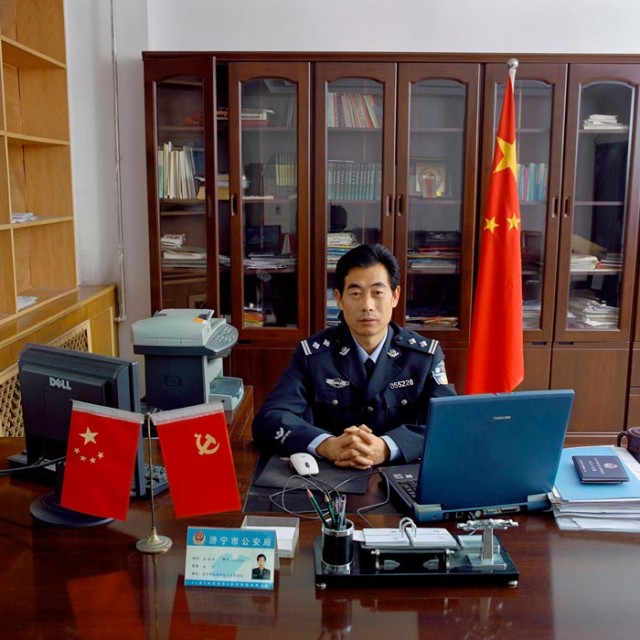 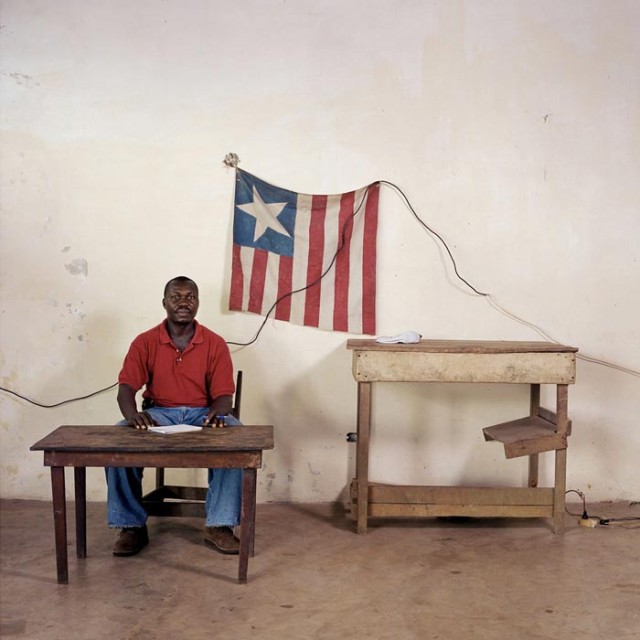 Liberia, bureaucracy, 2006. Liberia-37/2006 [Cro., JMS (b. 1959)] J. Modesco Siaker (1959), township commissioner in Crozierville, Careysburg district, Montserrado County. Crozierville had 10,000 people before the war; now 4,000. In 1990, Taylor’s rebels entered the village: “I was a clerk then, and they threatened to execute me and some others. They let me go, but killed 2 others.” They ransacked houses and public buildings. In 1991, INPLF rebels (Prince Johnson c.s.) and Ecomog peacekeepers stole what was left. Since 1997, Siaker is back in his village. His office and home are in a derilict villa: the town hall was raised to the ground.Siaker cannot do much for his people. He earns 750 Lib. dollar (US$ 13, euro 12.50) a month. 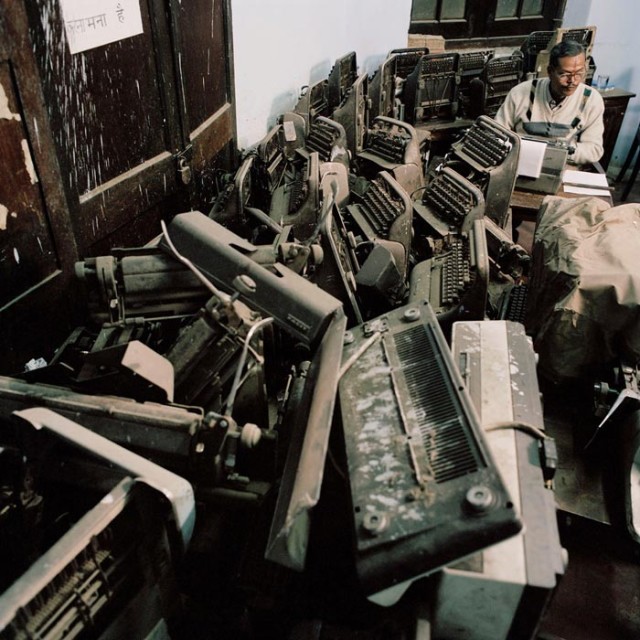 India, Bihar, bureaucracy, 2003. Typeroom in the Finance Department of “the Old Secretariat” in the state capital Patna. The seemingly rusty old typewriters are awaiting use: the department is supposed to be 40% understaffed. The presence of several snoring employees gives a different suggestion. 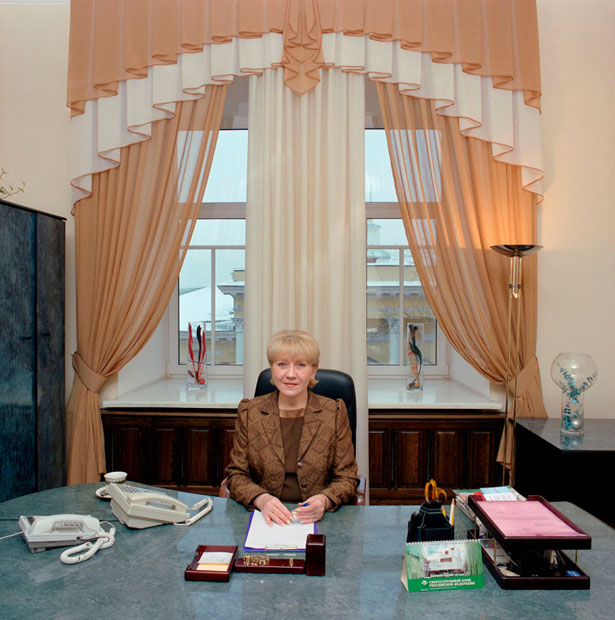