Late last night members of the Billboard Liberation Front “improved” a Stella Artois billboard located at the corner of 38th Street and 8th Avenue in Midtown Manhattan. They were in town to celebrate the launch of the new TASCHEN book Trespass: A History of Uncommissioned Urban Art. Here are the photos and press release the BLF sent us: 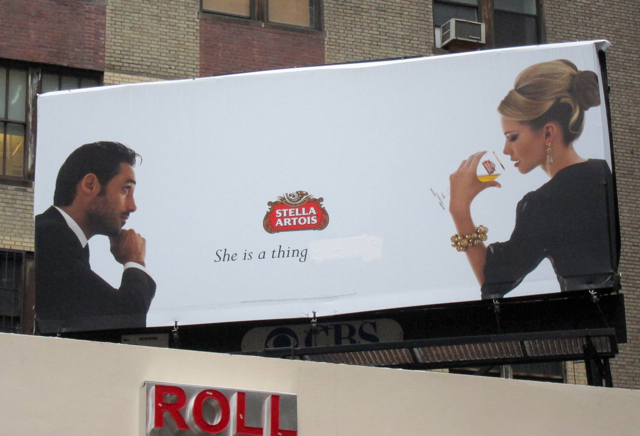 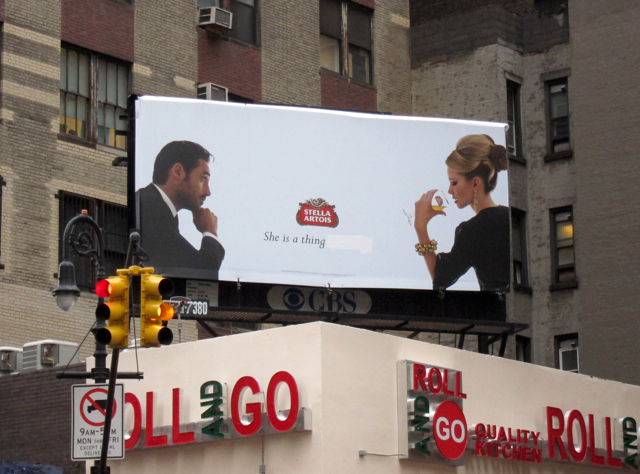 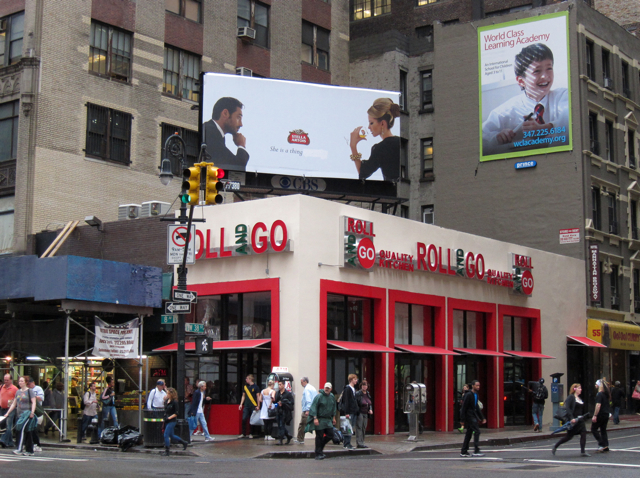 We at the BLF have been assisting fatigued advertising copywriters to strengthen their corporate messages for for over thirty years. Advertising is the language of our Culture, as BLF CEO Jack Napier noted almost as many years ago. And the primary use of language is to to communicate ideas. The most efficient and direct communication of an idea comes through the most elegant use of the least amount of words to communicate that idea. It’s quite clear from the image in this Stella Artois billboard ad what the message IS. We at the BLF merely wish to assist this campaign by paring down the words in order to match that message most perfectly. – BLF Education Officer, R.O. Thornhill.

The BLF (billboardliberation.com) has been improving outdoor advertising since 1977. Prior campaigns have included work for Exxon, R.J. Reynolds, and Apple Computers. 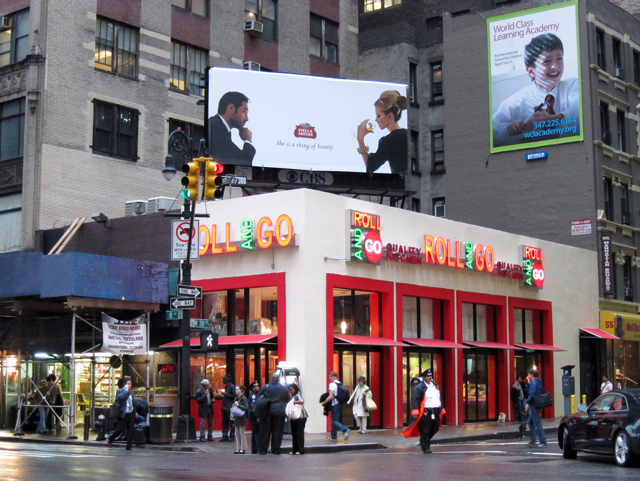 Here’s the before photo of the billboard.

UPDATE: I went to check out the billboard, the alteration is still up, here’s a photo.