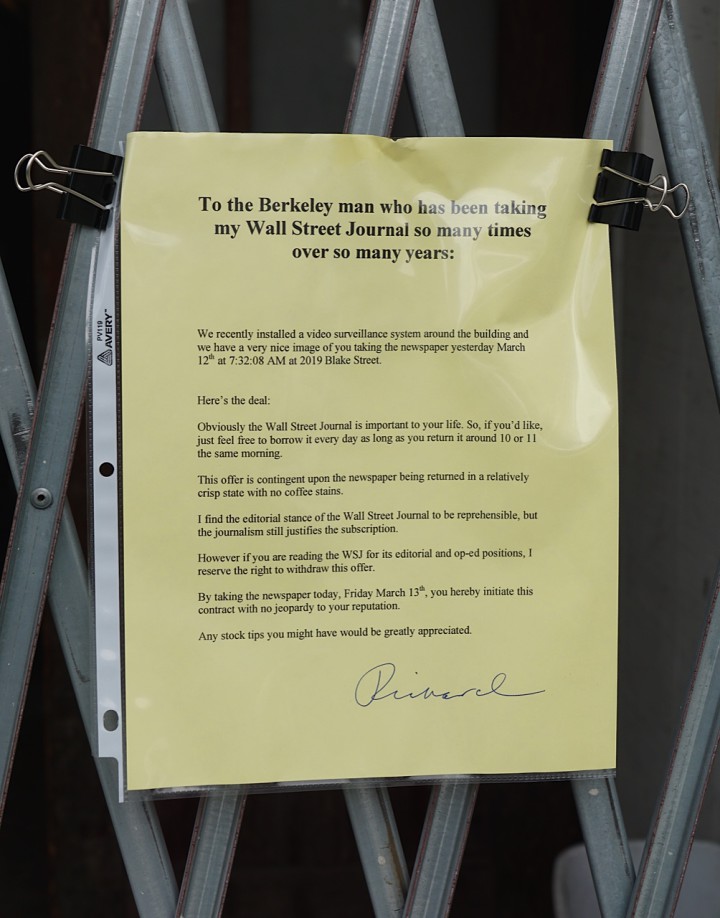 For the past 10 years, a mysterious thief has been intermittently stealing the Wall Street Journal newspaper from the doorstep of the photography business operated by Berkeley resident Richard Nagler. The thefts remained a vexing mystery until Nagler’s recent installation of a video surveillance system. After capturing the scofflaw (a man) on video earlier this month, Nagler posted this remarkably polite and humorous note, in which he offered to share the paper. The day after Nagler posted the note, the thief returned, read the note, and left without taking the newspaper. The thief has not returned. 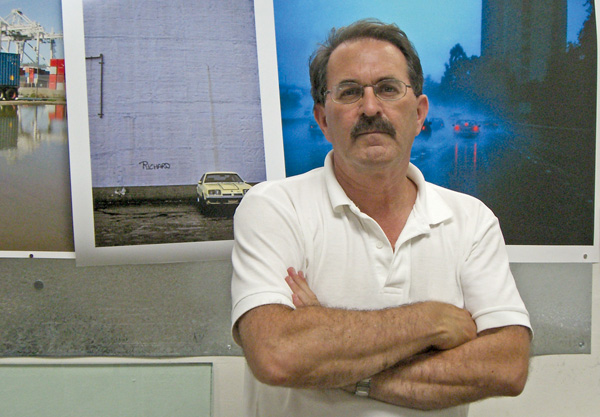 A photo of the note’s author, Richard Nagler, via his website