UK-based artist INSA (previously), creator of the wonderful GIF-ITI animated murals, has created his largest animation to date: a four-frame animation that was painted on such a massive scale it was photographed by satellite. INSA created his Space GIF-ITI in Rio de Janeiro late last year. The mural, which measured 154,774 square feet, was painted in four stages by a team of 20 painters. As each stage–or animation frame–was completed, it was photographed by a satellite. INSA’s Space GIF-ITI was part of the Stay True Stories project, which is sponsored by Ballantine’s, a Scottish whisky brand. 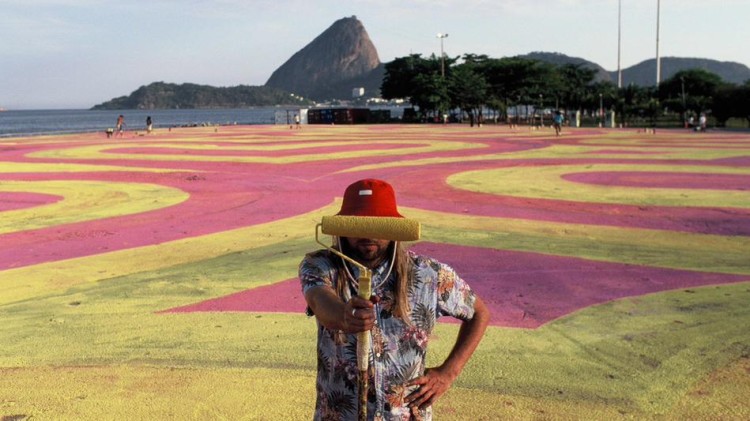